ACM 5.05 – The Unknown TDS of Your Liquid Retained

How the TDS of the Interstitial Liquid Changes Readings

To give you a rough idea, imagine you made a pour-over using a brew ratio of 15–250g. Once brewed it had a TDS of 1.4% and beverage weight was 220g. You know you poured 250ml into the brew so the weight of the liquid left over will be the remaining 30ml, plus a tiny amount of additional liquid weight added to this from the dissolved coffee solids it has retained. Let’s say the TDS of this liquid was 0.8%, which we frequently find the very final drips of a pour-over actually demonstrates. 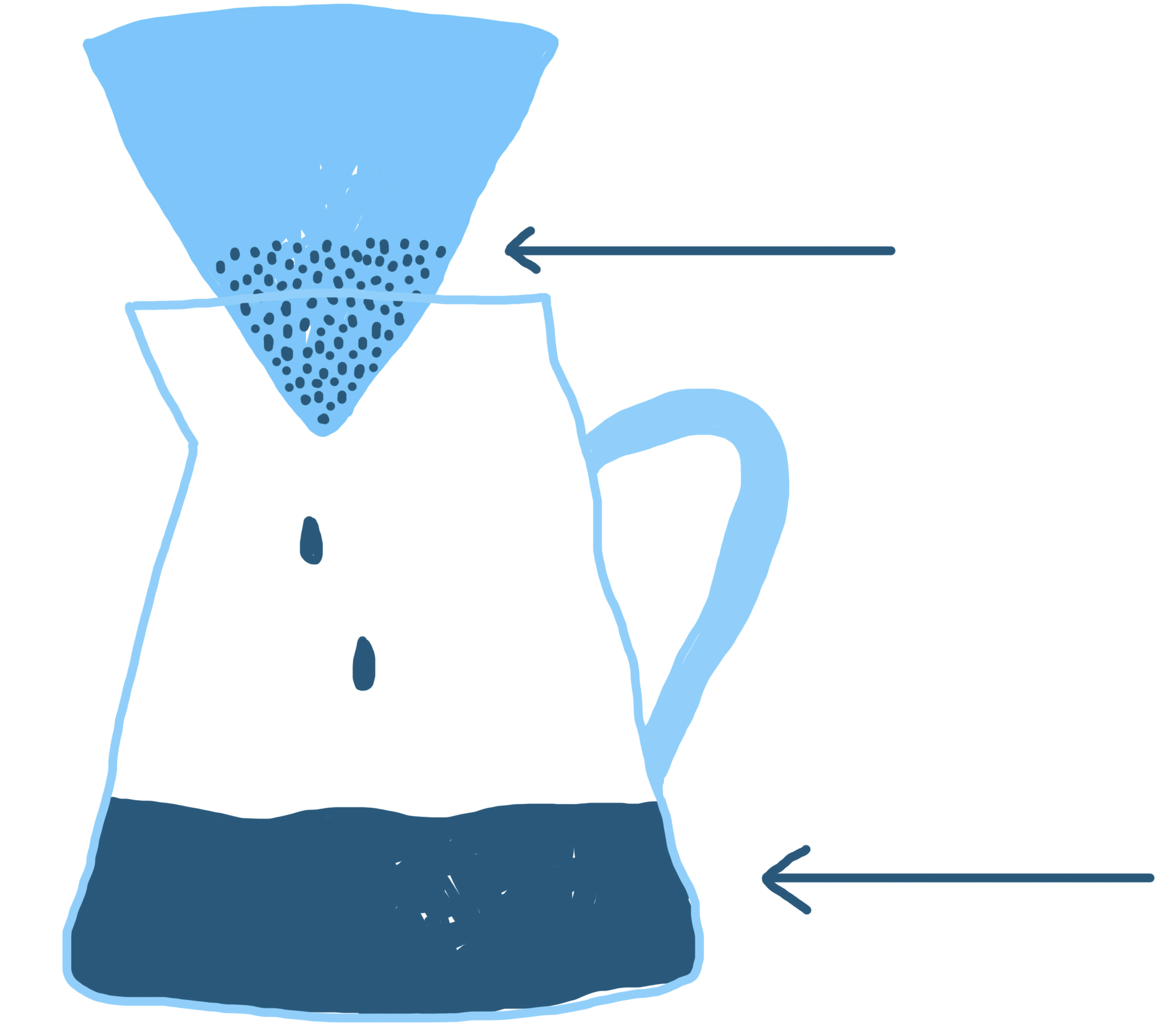 Add these two together = 3.32, and that is the total extracted mass. This we can now divide by the dose, which was 15g

So if you include the extracted mass in the interstitial liquid you have a reading of 22.12%

The traditional calculation circa 1959 (which considers the TDS of the interstitial liquid to be zero) would arrive at 20.53%

This huge difference tells us at BH that the subject deserves a lot more attention! We’ll keep you updated.

If you’ve been thinking this through, you may have hit upon the idea that you could just take a reading of the very final drips to exit the filter paper and let these represent the TDS of the whole of the interstitial liquid. However, the liquid in the final drips might never have passed through the coffee bed — it could have channelled right out the highest holes in the filter paper from the dilute liquid above the coffee bed. At this point, BH is not ready to endorse this simple, but potentially inconsistent,