At the 2017 World Barista Championships, recurring Canadian champion Ben Put introduced baristas around the world to the concept of freeze distillation — a method of concentrating milk to make it richer and sweeter. The method quickly became common at barista championships, and freeze-distilled milk can be found at cafés all over the world.

This year, the Australian champion Anthony Douglas took things a step further with his ‘cryodesiccation’ technique. This process allowed him to make an even more concentrated milk. Anthony paired his concentrated milk with an anaerobic natural Sidra from Finca El Diviso, and together with a little bonus help from our prototype AutoComb distribution tool (coming soon) — he went on to win the World Barista Championships. We caught up with Anthony after his big win to find out more about the cryodesiccation technique and why it made his milk drinks so delicious. 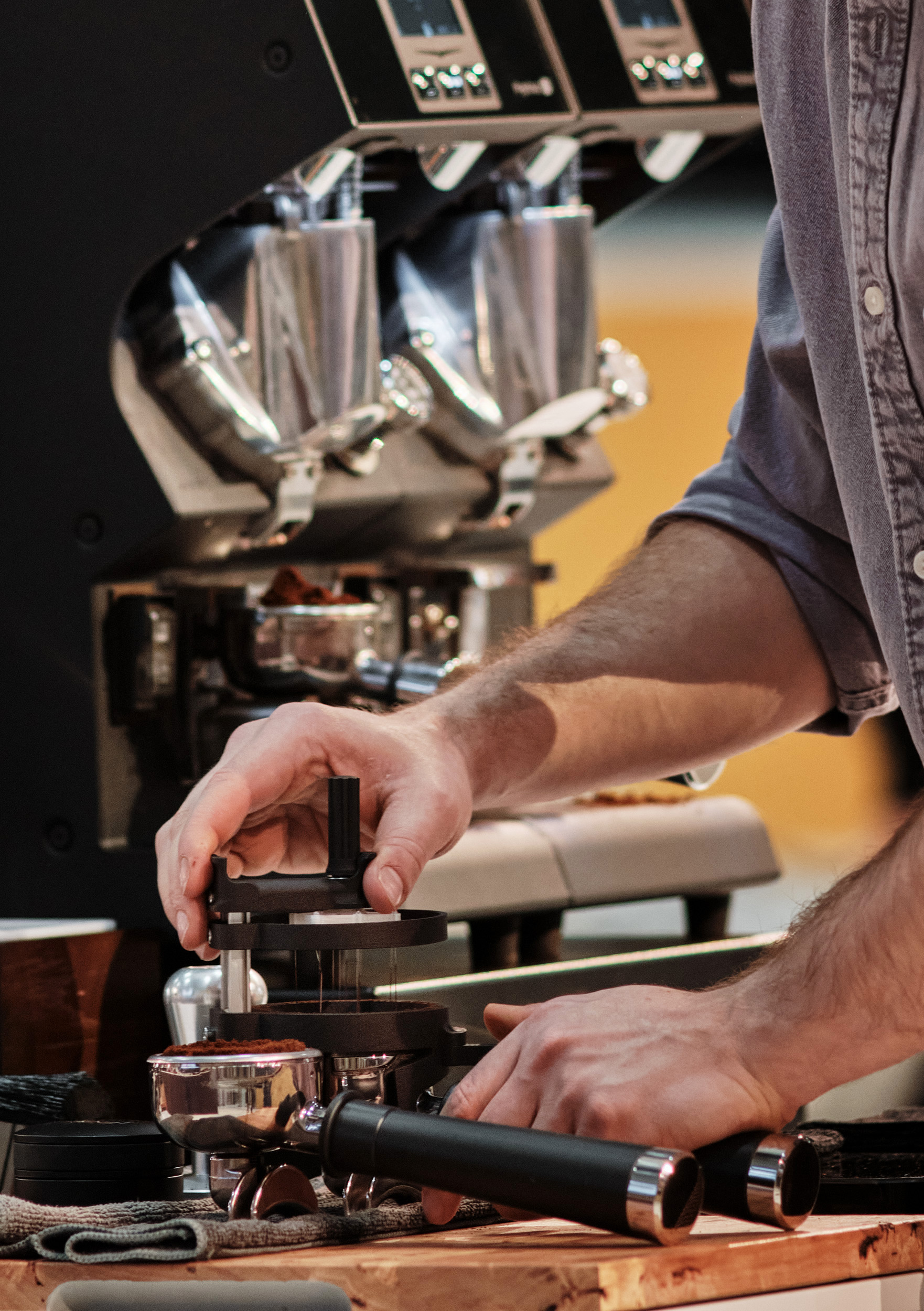 Anthony Douglas using the AutoComb in his WBC 2022 performance 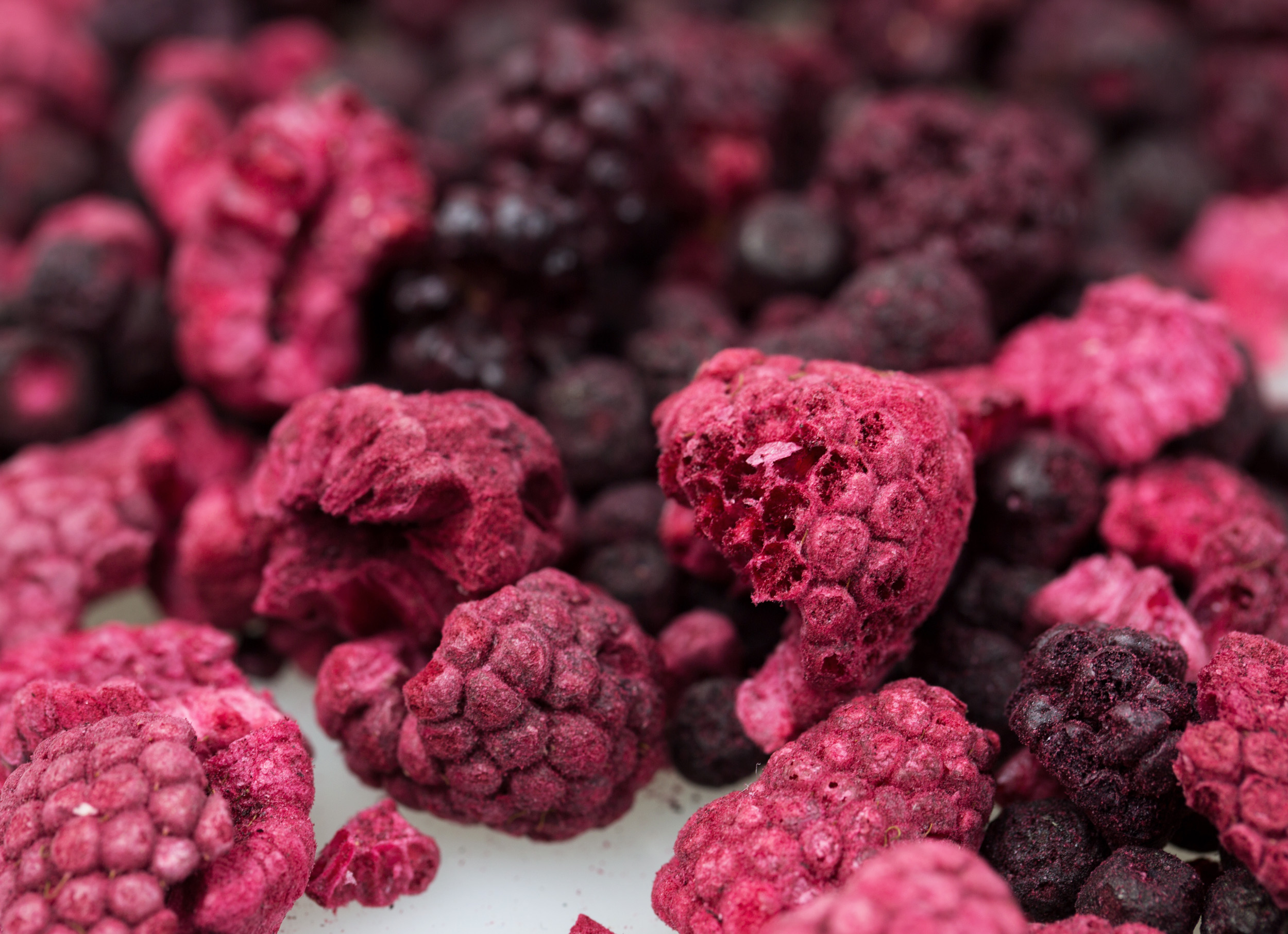 Freeze-drying preserves the flavour of delicate foods such as berries

At low pressures, ice doesn’t melt when it thaws — it skips the water stage and turns directly into water vapour. This process is called sublimation. The water vapour escapes, leaving the milk solids behind. Incidentally, this process is the same reason that food can dry out in the freezer, causing freezer burn.

Freeze drying turns milk into a dry powder that can be reconstituted to make milk at any concentration you like. Anthony blended it back into fresh milk, to make a milk that was 1.8 times more concentrated than the original. Freeze drying milk in this way is different to using commercial powdered milk, for a few reasons. Most powdered milk is produced by spray drying, the same technique used to make instant coffee. The milk is sprayed into a hot chamber, where the water quickly evaporates, leaving a powder behind.

However, both freeze-dried and spray-dried milk powders deteriorate during storage, and can develop some pretty unpleasant flavours (described as ‘tallowy’ and ‘burnt feathers’) from oxidation and Maillard reactions (Nickerson and Jenness 1952). The advantage of freeze-drying in this case is that it can be done on a small scale, so you can use fresh milk powder and keep the flavour of the original milk. Anthony chose freeze-drying rather than other methods to concentrate his milk because it gives consistent results and preserves the quality of the milk — but also because they already had a freeze-dryer on site at Axil Coffee Roasters.

How Does It Taste?

Just like freeze-distilled milk, the reconstituted cryo-desiccated milk has all the same components as the original milk, but just more concentrated. This makes a milk that is richer and sweeter than the original. ‘The flavour is sweet, the texture is very lush,’ says Anthony.

According to BH founder Matt Perger, ‘It’s like halfway to half and half, and the taste is not at all like powdered milk.’

When it comes to making a cappuccino with the concentrated milk, Anthony says the milk behaves very similarly to standard whole milk. ‘The foam structure tends to hold better due to the higher concentration of proteins and fats,’ he notes.

Freeze distillation works on the principle that milk solids lower the freezing temperature of the milk. Close to 0°C, only chunks of pure water remain frozen, while the rest of the milk, containing the milk solids, is liquid. The ice can be filtered out, leaving more concentrated milk behind. Incidentally, this principle is also the reason that the last bit of an ice lolly is almost pure ice.

Freeze distillation — known in the industry as fractional freezing or cryoconcentration — is used in a range of industrial processes including desalination and making orange juice concentrate. It protects heat-sensitive compounds, which makes it ideal for removing water from foods like milk.

The main advantage of freeze-drying is that it gave Anthony complete control over the amount of milk solids in the final product. ‘Reducing [the milk] completely to a powder achieved the same concentration each time, allowing us to recombine it to a set recipe and achieve the same results,’ Anthony explains.

While the reconstituted milk is rich, using a powder effectively allows the barista to choose any concentration that they like, from very rich to a more subtle boost in intensity, so it doesn’t have to be sickly. ‘It’s definitely something I would enjoy drinking on a daily basis,’ Anthony says.

Freeze distillation, on the other hand, is somewhat variable and hard to control, and making highly concentrated milk takes several cycles of freezing and thawing. In addition, some of the lactose from the original milk remains in the ice, changing the relative proportions of the components of the original milk (Aider and Ounis 2011).

Will We See Cryodesiccated Milk in Cafés?

After Ben Put’s routine in 2017, freeze-distilled milk started appearing in cafés around the world as a special option. One of the advantages of freeze-distillation is that it can be done by anyone with a freezer. It’s even possible to buy commercially-made freeze-distilled milk in China. This kind of milk is sometimes called Eisbock milk, after the beer style that is made in a similar way. Freeze-drying, on the other hand, needs specialist equipment. It’s possible to buy small-scale freeze-dryers designed for home use, but these machines are not cheap. A few cafés with ambitious chefs, who could find other uses for freeze-dryers, might be tempted to take the plunge. In general, though, cryo-desiccated milk will probably be beyond the reach of most cafés.

For the rest of us, then, freeze-distilled milk is the next-best option and widely accessible. Just don’t try replicating Anthony’s drinks with a commercial milk powder. Trust us — ‘burnt feathers’ is not a flavour you want in your coffee.