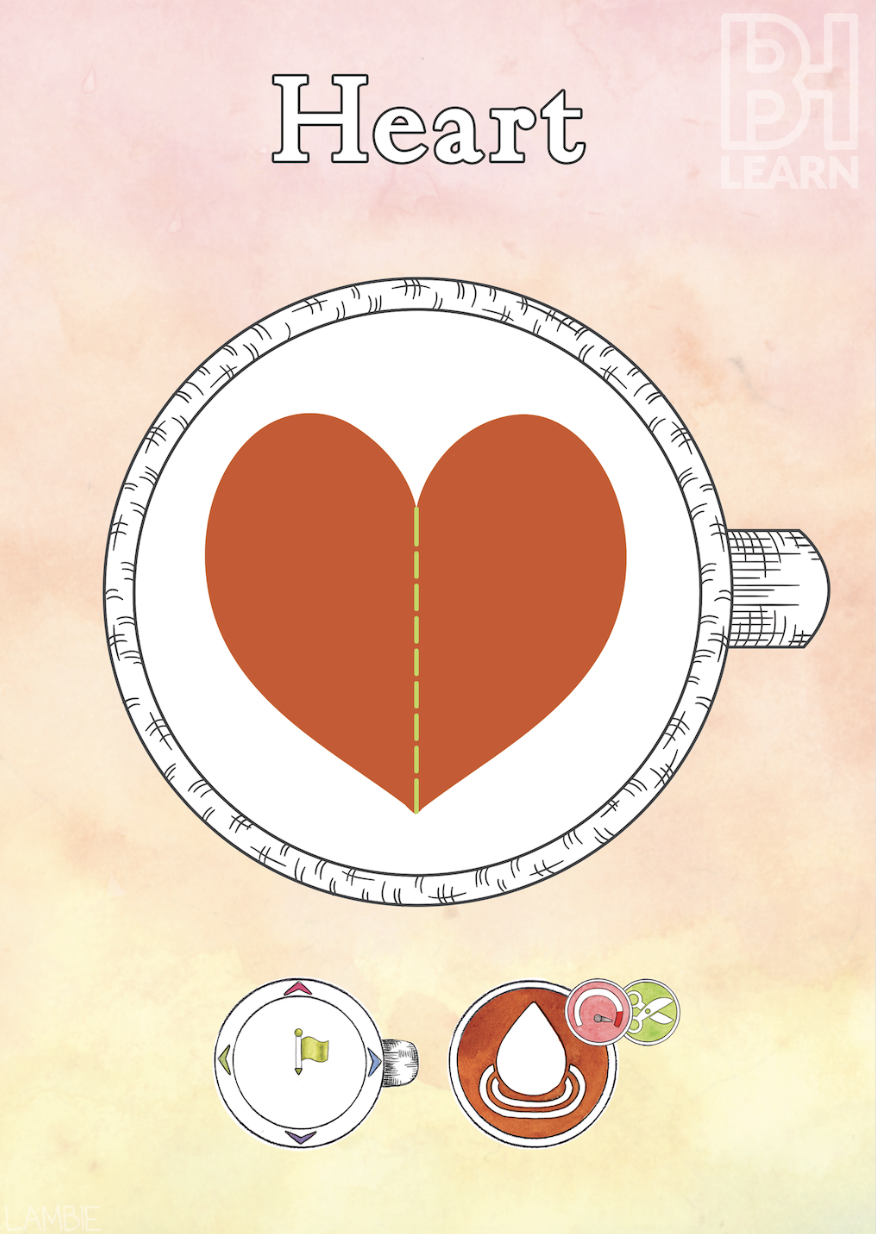 The Off Switch — How to Avoid Overshooting

The heart design is a close cousin of the monk’s head, except that it is a two-element design. It calls upon the same techniques as the monk’s head, but the final 2 seconds of the heart design requires you to perform a cutting technique away from yourself — from north to south, directly through the centre of the design. Early attempts at cutting through a design might result in spills because employing the ‘off switch’ for a milk pitcher takes some practice. It’s really quite simple, though: to arrest the flow of milk after you complete a design, simply lower the elbow of your arm that is holding the pitcher.

To ensure the heart design has a pronounced valley at the top (the bottom of the design as viewed by the barista) you can increase your flow rate even higher than you might for the monk’s head. This will promote a stronger eddy flow, which will drag more crema into the valley at the top of the design. In this scenario the flow profile will reflect a slightly higher plateau and will then drop back, for the last 2 seconds of the pour, to a sedate 10-ml/sec cut-through.

Punto de Entrada: The bull’s-eye — the junction of the north-south and east-west axes.

Perfil de flujo: Very similar to that of the monk’s head, but with a deceleration from a high summit followed by a careful cut-through, at a low flow rate, to finish. The high flow rate early in the sequence deepens the valley in the top of the heart.

Volver a: Milk Science and Latte Art > The Tulip and the Heart