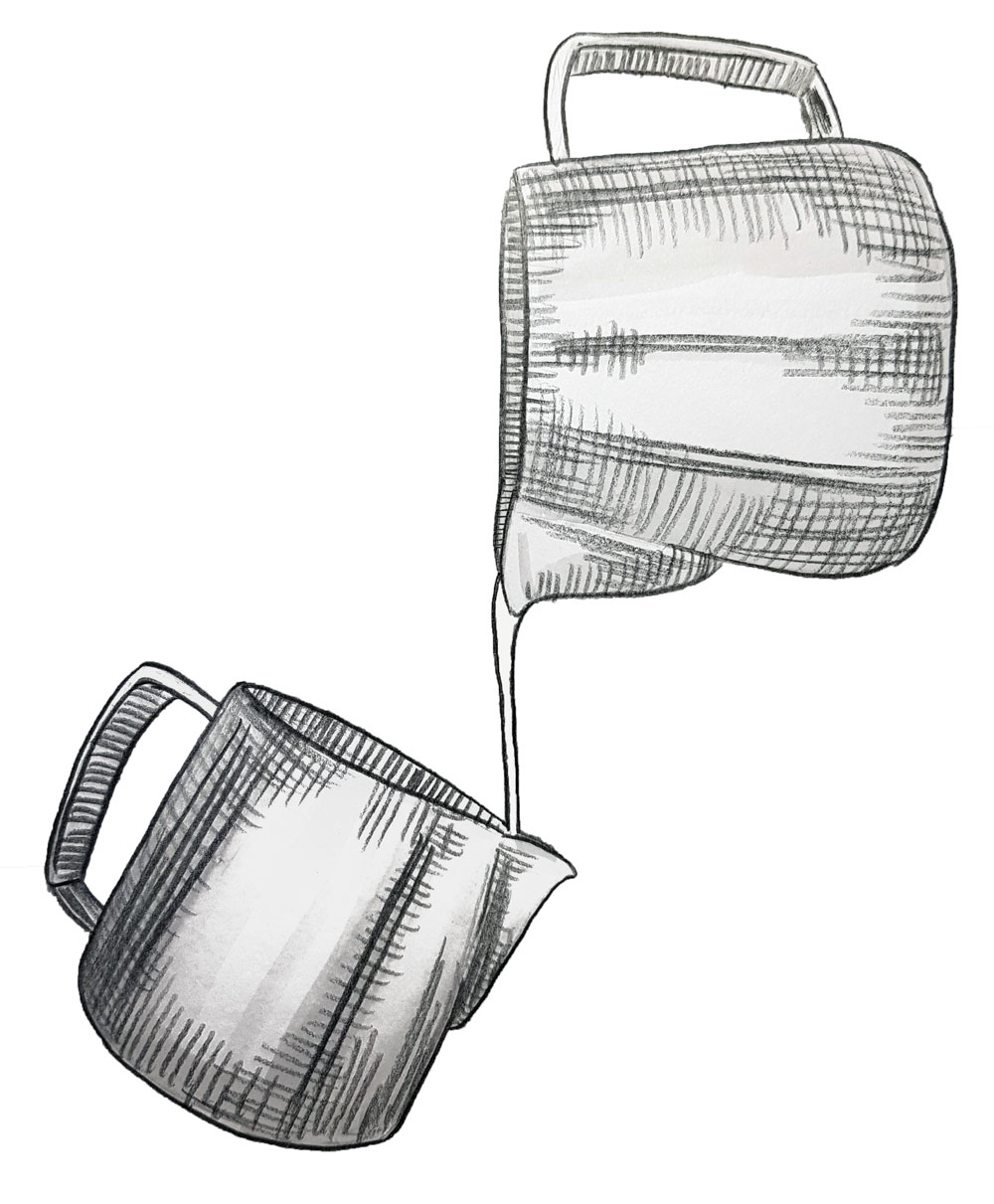 We find that the quantity of foam in a cup changes the flavour intensity of a drink considerably. We know from research by Nestle into crema that the bubbles contain a considerable amount of aromatic gases which are released into the mouth as we swallow (Barronet al., 2012). The dilution and mixing of intense coffee aromas with very mild milk aromas accounts for the reduction in coffee flavour intensity in milk drinks.

The Four Quarters Method is the one way to achieve even foam distribution. The goal is to mix the foamiest part of your milk (the top quarter) with the least foamy part (the bottom quarter.) The system works on the assumption that the milk in the second-highest quarter and the second-lowest quarter will be similar in air content to the milk combined from the top and bottom quarters.