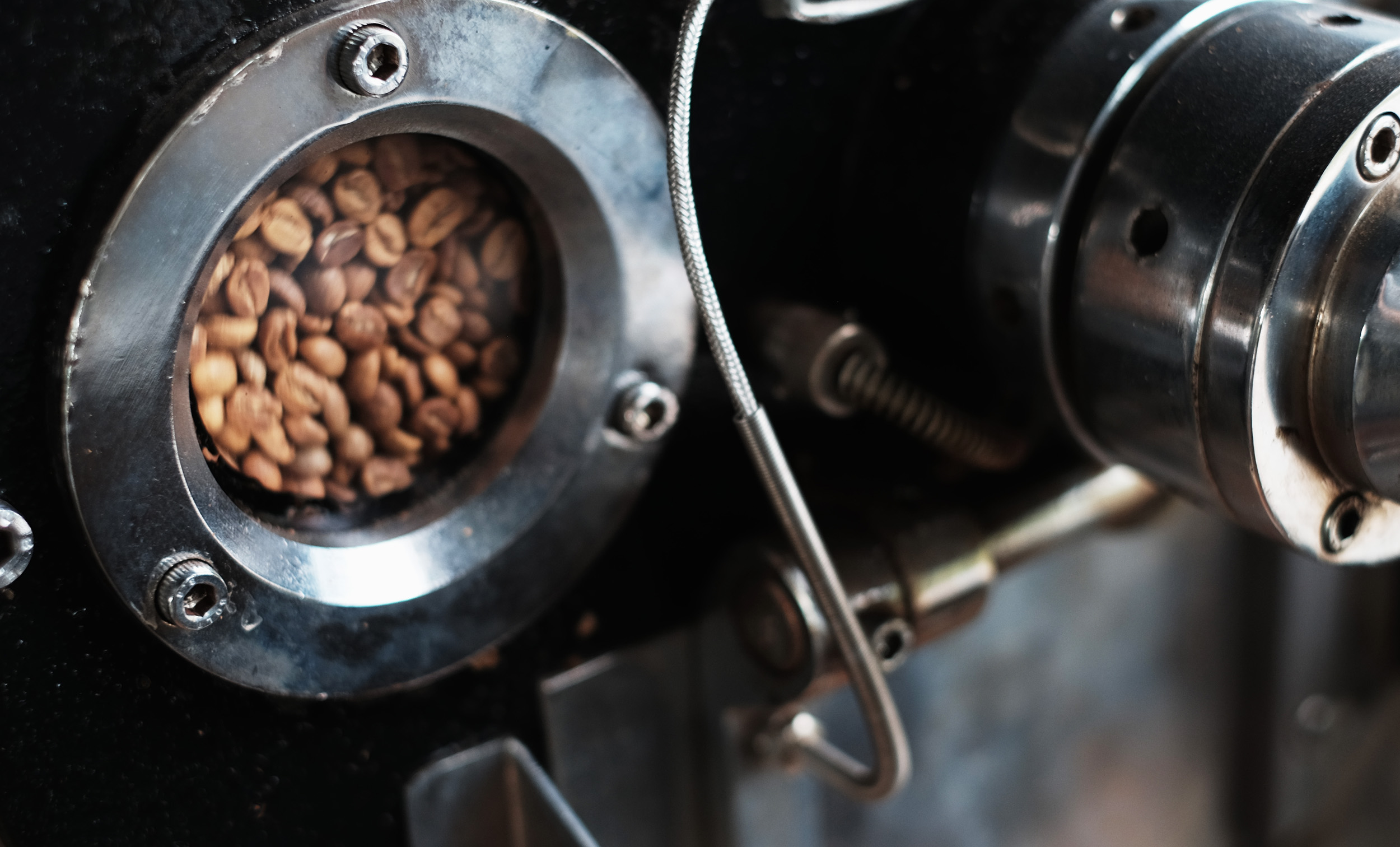 The first stage of the roast is called the ‘drying phase’, but coffee beans continue to lose moisture throughout the whole roasting process. At the end of the drying phase, coffee beans start to change colour thanks to the Maillard reactions, which can only take place when some moisture is present.

The first stage of roasting, before the bean colour begins to change, is sometimes referred to as the ‘drying stage’, but water continues to evaporate throughout the entire roasting process. In general, moisture loss is thought to be faster in the early stages of roasting (Eggers and Pietsch 2001), although this varies according to the roasting conditions.

In a hot-air roaster at a fixed temperature, for example, Schenker reported that moisture loss continued at a steady rate throughout the roast. Other researchers found that the highest rate of moisture loss occurred later in roasting, when the bean structure began to break down (Schenker 2000).

In any lot of coffee, there are small differences in the moisture content from one bean to the next — and there may even be different moisture levels in different parts of the same bean (Caporaso et al 2018).