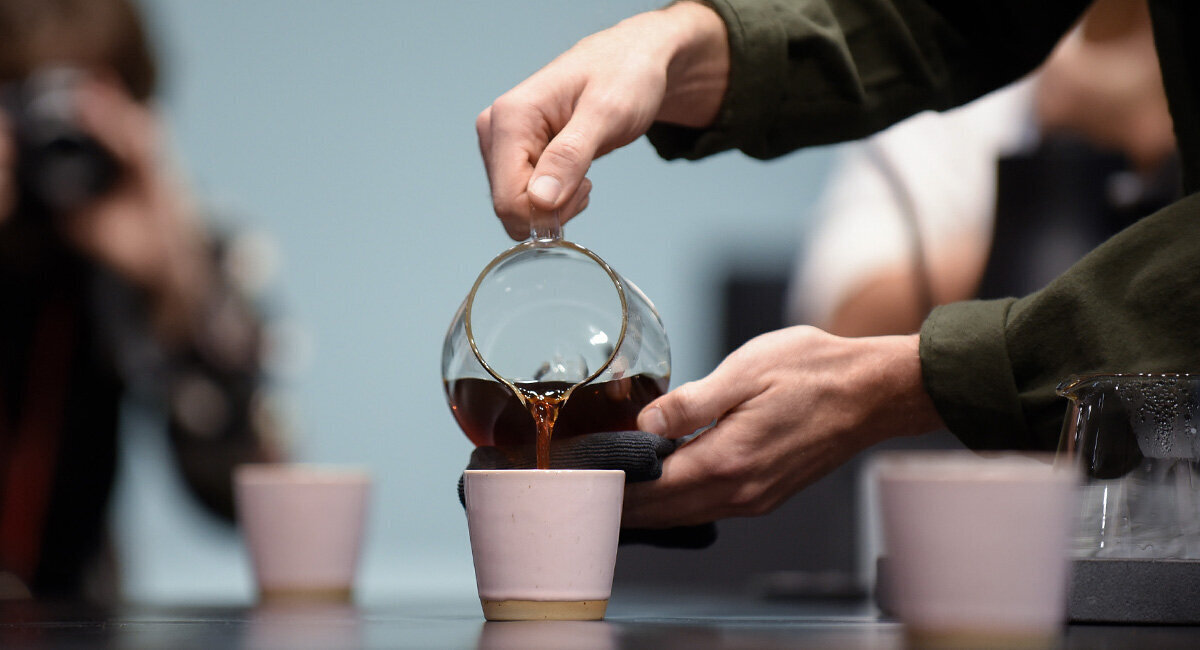 This week we interviewed the new 2021 World Brewers Cup Champion, Matt Winton , to learn more about his 5-pour method and his approach to blooming, in and out of competition. Matt has previously won the Swedish barista championship — twice.

Matt’s far ranging career started out in aerospace engineering. Knowing he’s a barista who can build aeroplanes, it makes it all the more interesting that his WBrC winning brew method did not involve any Rao Spins, taps, swirls, or bird’s nests. But if you watch Matt’s finals performance at the World Coffee Championships in Milan, you'll notice a whole lot more besides — including a 5-pour method with a very precise approach to where the water level needs to be after each pour.

As Matt explained to us in his interview, the turbulence created by a kettle stream can be enough to produce high and even extraction yields. He walks us through his method of achieving a level coffee bed. We also get some insight into his approach to the compulsory service round of the WBrC, in which all the competitors have to brew the same coffee. For that, he came prepared — with 5 different brew methods on standby. If you are considering competing in the future, or if you just want to see a very gracious and humble ambassador of coffee in full flight, we think you’ll enjoy checking out this new lesson in the Percolation course.

No-stir vs NSEW vs The Birdsnest

The reason we approached Matt Winton for an interview is because we’ve been running a series of experiments to do with blooming. So far we’ve found the bird’s nest and NSEW approaches don’t have any statistically significant effect on extraction yields compared with the no-stir. And to our surprise, stirring the bloom makes the coffee absorb less water during blooming.

Don’t throw away those bamboo spatulas just yet. Before the next update, we’re going to put swirling and double blooming to the test. Plus, we’ve opened up a survey if you’d like to do some brewing and get involved in the experiment. Check out the new Blooming Marvellous post for details. If you go down the no-stir rabbit hole this weekend, maybe brush up on this post, too, where we put pouring height to the test. If you recall, we found that the higher the pour, the slower the draw-down, and the higher the TDS — indicating that a higher pour results in more agitation. That seems obvious until you consider that the theory says otherwise. Physicist Jonathan Gagne’s predicts less agitation in the coffee bed if you pour from high enough that the kettle stream breaks up into droplets.

Speaking of Jonathan Gagne, have you ever noticed dark spots on the bottom of your espresso pucks like this (below)? Click here for a diagnosis — and a cure. 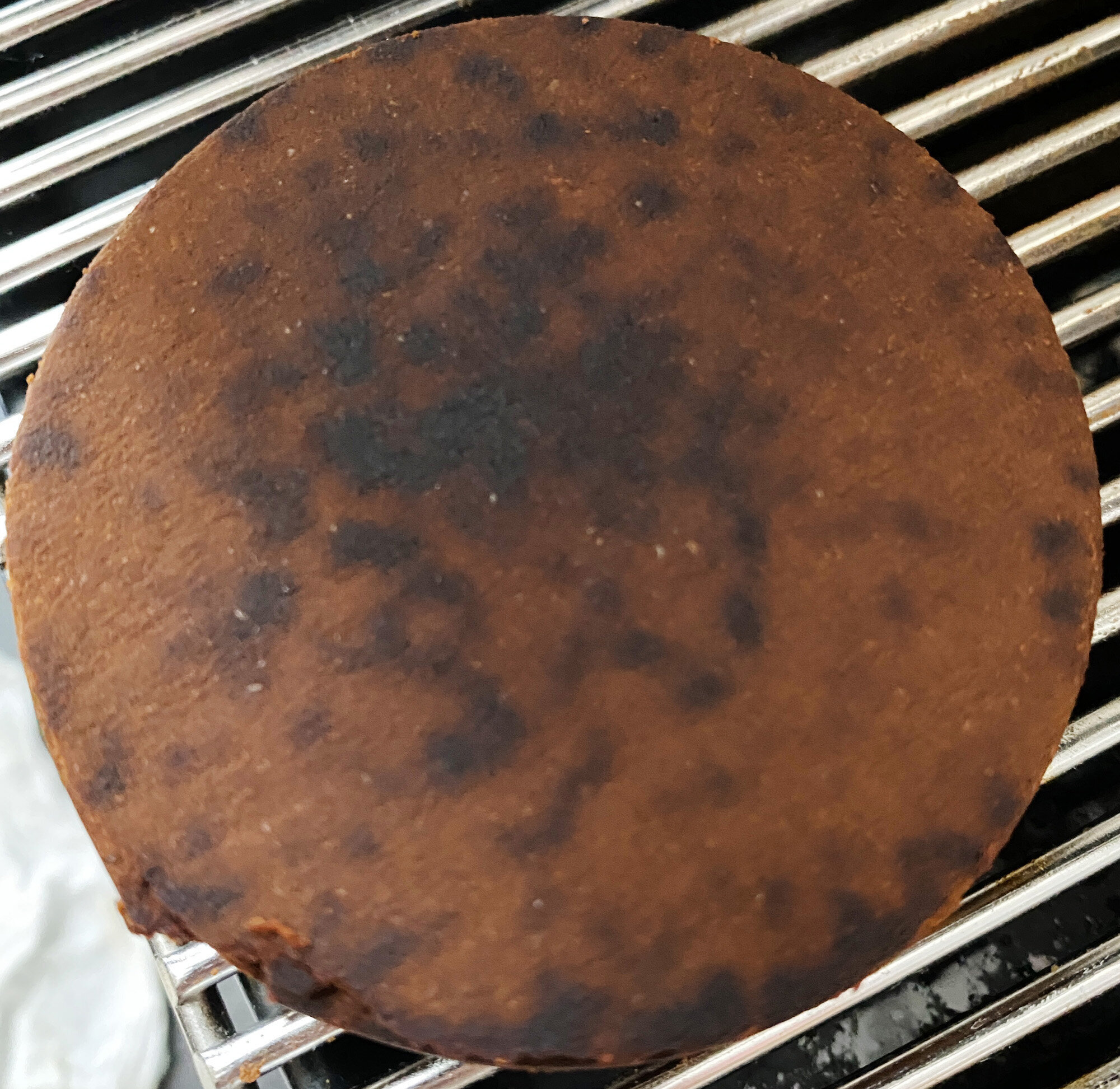 For our chapter on multiboiler machines in the Espresso Machine online course , Jessica Sartiani met up with Paolo and Valentina Dalla Corte in Milan during Host. We’re busy translating the full length interview from Italian into English for the next update, but here’s some detailed responses which Paolo put together for us while we were preparing for the interview. BH Unlimited subscribers can head in and check out these new lessons about the history of multiboilers and the DC Evolution machine — the first PID Controlled Multiboiler from 2001.

Did you know that the Cup of Excellence growers competition began life in Brazil in 1999 and was originally called ‘The Best of Brazil’? Brazil is best known for producing stable, consistent coffees with good body, a nutty flavour, and low acidity — i.e. solid coffees but not always the most exciting. But in recent years, however, a new wave of coffee producers have begun producing more distinctive coffees, growing rare varieties and using unusual processing methods.

This week in our Coffee Buyer’s Guide we explore this new wave, kicking off the fifth chapter of the course titled ‘Growing, Harvesting, and Processing’. The popular perception of Brazilian farms is that production is dominated by huge farms such as Ipanema Coffees in Minas Gerais, which produces 7,000 tonnes of coffee per year — that’s more than the entire output of every coffee farm in Panama or Bolivia. But, the truth is, nearly 60% of the arabica coffee produced in Brazil is grown by smallholders on farms of less than 10 hectares. These farms are usually family-run and the entire family is commonly involved in producing coffee, often with help from relatives and friends during the harvest period. Both vast fazendas and family-run smallholdings typically grow coffee under full sun, and extensive inputs and modern techniques help Brazilian growers be the most productive and efficient arabica farmers in the world.

We’re committed to bringing new films in every update to make all this info quicker and easier to digest. Check out these brand new films in the Coffee Buyer’s Guide to Brazil, and this one about the carbon footprint of coffee packaging in The Decision Tree (free) course and certification.