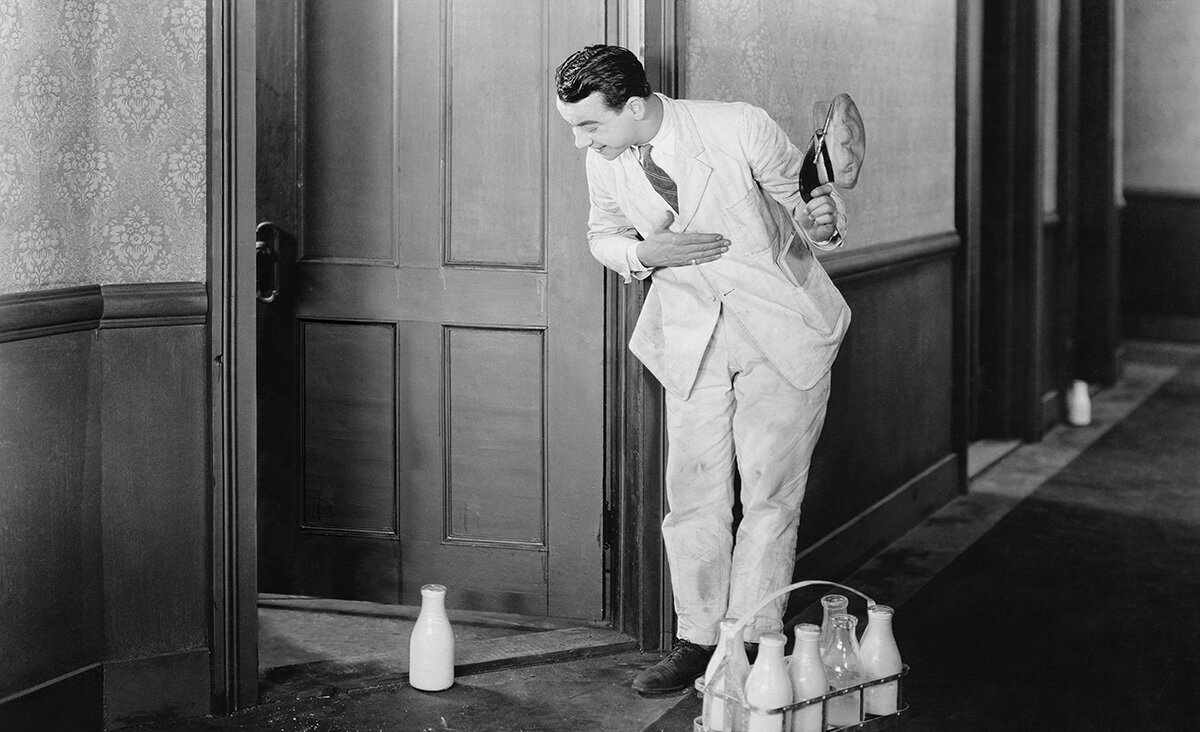 I went into the local organic shop the other day and purchased a glass bottle from a highly reputable Australian dairy. The attractive and extremely sturdy glass bottle required me to leave a AU$2 deposit which would be returned to me when I returned the empty bottle. I thought all this seemed very reasonable. I later weighed the bottle. It actually weighed over half of what the milk inside it weighed — 550g — which got me wondering about what kind of life cycle analysis might have been done comparing reuse vs recycling vs tetra pak or PET.

If any of you have had a look at our free course, The Decision Tree , it’s full of info on how to cheaply and effectively carry out your own LCA on different parts of your business. This longform blog post Ten Green Bottles crunches the numbers on the milk bottles. One motivation behind putting together this post was to give you a real-world example of how to make use of the tools you’re presented with in the course.

As we get deeper into The Espresso Machine course, we’ve come to discover a very interesting subculture that we’d never really encountered before. We’ve entered the domain of the ‘collector’. There are some very important, and rather eccentric folk out there, often with day jobs unrelated to coffee, who have taken up the seemingly all-consuming hobby of collecting coffee makers, memorabilia, books about coffee, not to mention tracking down patents like private detectives. Last time around you may recall that we interviewed Enrico Maltoni. He is one of the most well-known collectors of them all.

This week we had the pleasure of connecting with 82-year old Ian Bersten. Ian is one of the earliest pioneers of specialty coffee in Sydney, Australia. He personally discovered Moriondo’s lost patent and, over 37 years, put together one of the largest collections of coffee machines in the world. This week Ian offered us some invaluable guidance in our attempts to unravel the truth about those embryonic years for espresso between Moriondo’s first patent and the release of the Ideale machine by Pavoni and Bezzera. Look forward to an interview with Ian in the next update, but, this week, with Ian’s help, we’ve come to understand how Bezzera and Pavoni’s group head actually worked. You’ll marvel at many of the similarities to a modern grouphead in this 120 year old design. As well as featuring the first known single-serve portafilter, it also included the first known three-way solenoid ever used in a coffee maker.

Another collector of the highest order is Sebastien Delprat. Take a look at this glorious photographic essay of Delprat’s journey of discovery into Bezzera and Pavoli. Any non-French speakers, just click the google translate button and you’ll find a glorious read from the beginnings of Bezzera’s friendship right up to the release of what we’re beginning to think was possibly the most beautiful coffee machine ever assembled, the Cornuta, designed for Pavoni in 1947 by Gio Ponti. You’ll notice that, half-way through this brilliant story, Pavoni’s factory is almost entirely destroyed during WW2, but happily put back together in time for GP to work his magic.

Since Brazil is by far the largest coffee producer in the world, it’s history shaped the history of coffee production and influences the way coffee is traded to this day. Brazil’s democracy is very young — its constitution was only established in 1988 — and during the late nineteenth and early twentieth century, Brazilian politics was ruled by coffee. The ‘coffee presidents’ of this era used Brazil’s near-monopoly on the coffee market to control the coffee price by valorisation (buying up and storing huge amounts of coffee). This scheme ended in disaster when the Great Depression hit, and the Brazilian government was forced to incinerate 80 million bags of coffee.

Our primer on Brazil’s history shows how coffee came to dominate Brazil’s economy and politics, and helps to explain why Brazil is such a melting pot of different cultures, shaped by colonisation, the slave trade, and waves of immigration from Europe and Japan.

We also look in more detail at the history of coffee-growing in the country, beginning with the fabled Lothario — or possibly just canny negotiator — Francisco de Melho Palheta, who brought coffee to Brazil. Palheta was sent to neighbouring French Guiana on a diplomatic mission, but given the secret task of smuggling out some coffee seeds while he was there. Legend has it that he acquired the seeds by bedding the Governor’s wife; however he achieved it, he helped to birth an industry that would come to rule the world.

Finally, we begin our chapter on the growing regions of Brazil. Brazil is huge, with 33 separate coffee-growing regions recognised by the Brazilian Specialty Coffee Association . Over the next few weeks we will explore these regions in more detail, and discover how diverse Brazilian coffee can be.

We’ve gone and made some big improvements to the Water Course . You’ll now find our new LSI calculator embedded into the lesson about how to make predictions on the scale forming potential or corrosivity of your water. This lesson might be the most important in the Water Course. We can’t overstate the value of knowing exactly what kind of water you are putting into your coffee equipment: Is it too hard? Will it cause scale? Will it cause parts to rust? You can add years to the life expectancy of your espresso machine if you regularly monitor your water’s pH, GH, KH, and TDS and then punch that data into an LSI calculator and, of course, take action where needed to soften, or remineralise your water.

Just as a quick survey, if you looked at the last paragraph and couldn’t remember what any of those abbreviations stood for, then this lesson is a must. And, as a bonus to any readers without a BH Unlimited subscription, we’re making this lesson free to access for the next two weeks.

Protests in Colombia have been escalating. Financial troubles ricochet across the country as Farmers who are unable to get coffee consignments through road blocks are in turn unable to pay pickers. You can follow the situation here .

Have you been in the coffee industry for a while now and have started to have the occasional niggle that the industry lost some of its glamour? Don’t worry, friends, you know that just means it’s time to go pay another visit to the photo gallery of the early work of Kees Van Der Westen — it’s invigorating.