What were the precise beginnings of the modern espresso era? Was it when the first lever machine was produced? Nineteen forty seven — that doesn’t feel modern enough — the barista had to do all the heavy lifting with a lot of guesswork thrown in. That’s why the old (and arguably redundant) manufacturer’s nomenclature used for categorising machines has the lever down as a ‘Manual’ type machine.

So, then, maybe semi-automatics were the beginning, though that term doesn’t sound quite modern enough either.

Semi-automatic espresso machine [ sem-ee-aw-tuh-mat-ik, sem-ahy- ]
A pump supplies the pressure to the group. The shot is started and ended by the barista.

So perhaps it was the ‘Automatic’ era that made the difference. The traditional definition of an automatic machine is as follows.

Automatic espresso machine [ aw-tuh-mat-ik ]
The pump supplies the pressure to the group and the shot is ended electronically via feedback from a flowmeter.

This week we have produced new lessons about the control panel , the central processing unit, and the software that operates them. But interestingly, in 1966 a machine was developed that certainly fulfilled the requirements of the definition of an automatic espresso machine, even though the CPU, if you can call it that, was mechanical, like a little Difference Engine for coffee. 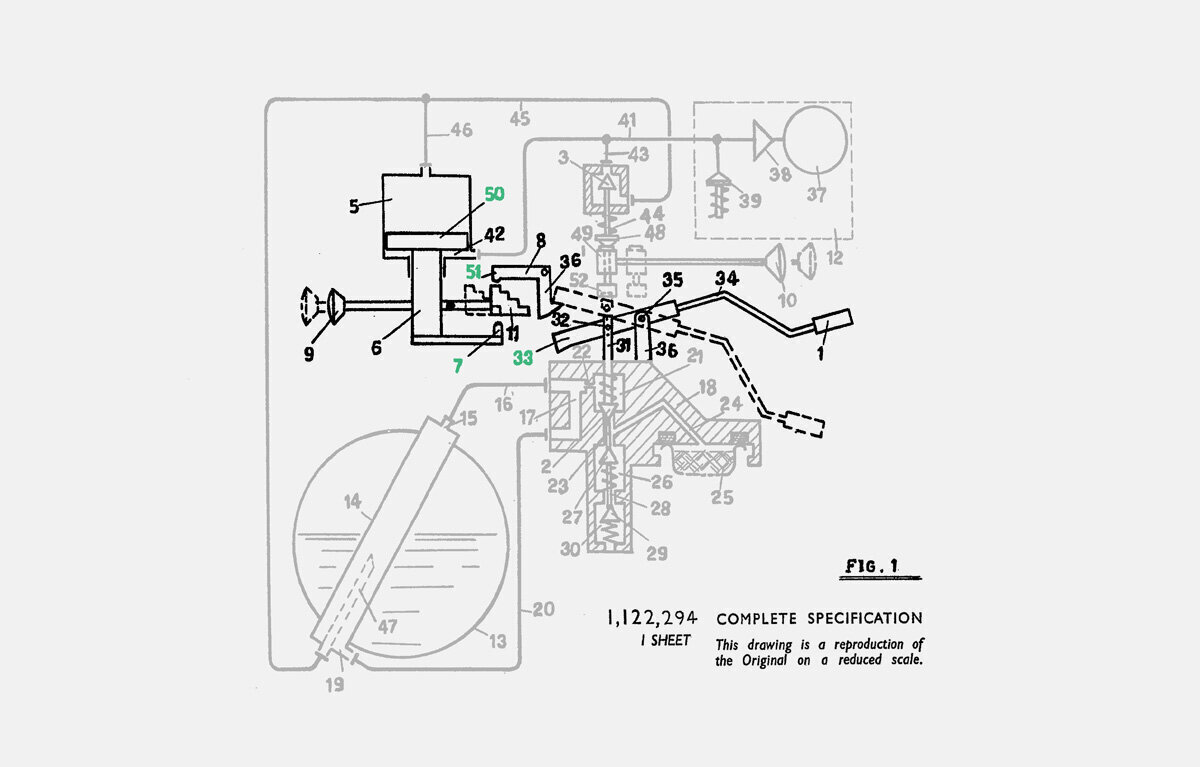 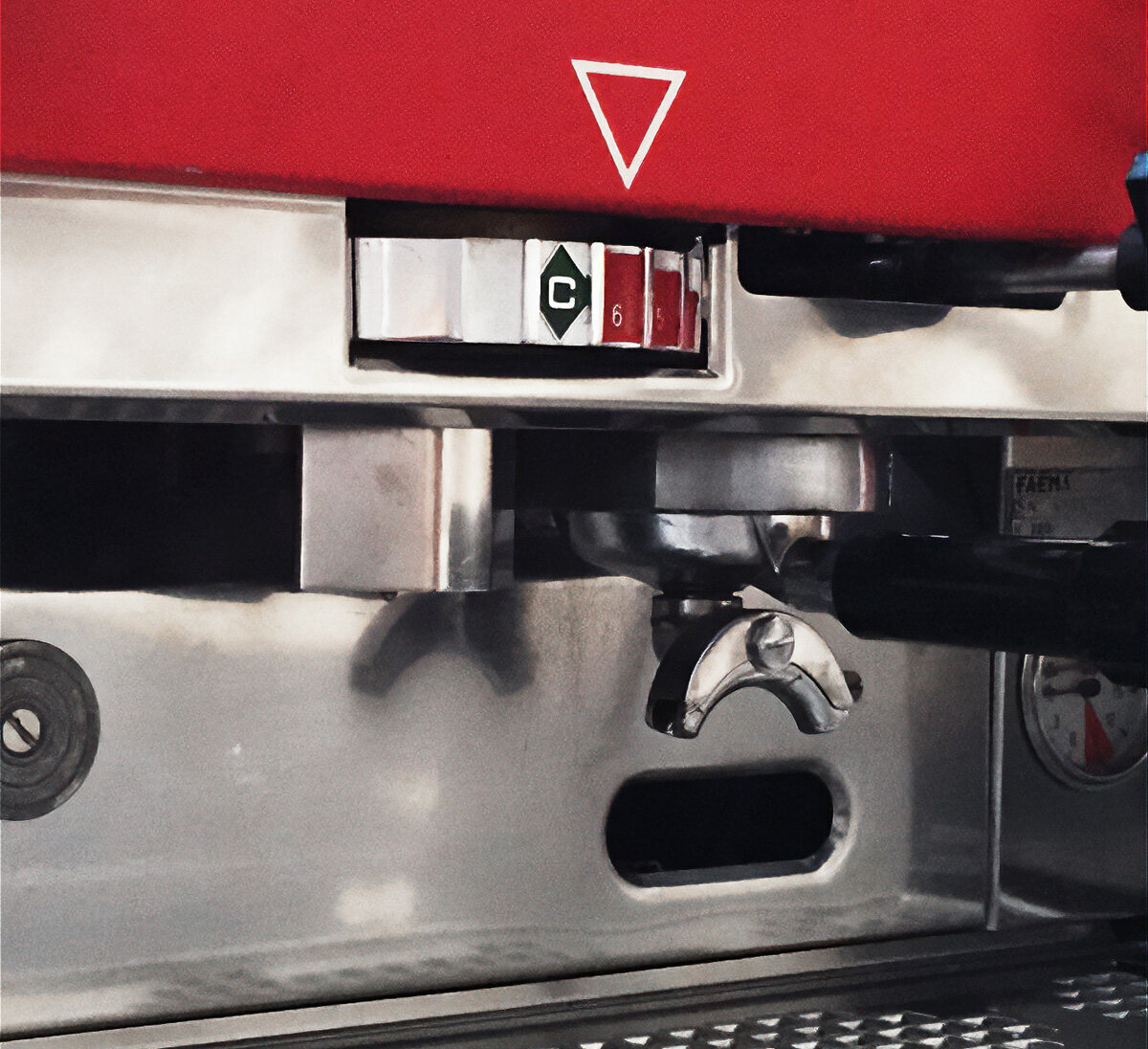 Several different mechanical flow meters were developed throughout the sixties. We even heard one anecdote this week from a prominent machine maker. He told us a story about a tech he once worked with who was asked to service a very valuable machine of this era. He proceeded to dismantle it, but the mechanics were so complicated that he couldn’t get it back together again. He then bolted out of the workshop, never to return.

You can imagine it was a certain relief to the machine techs of the 1970s and ‘80s when a digital solution was found for volumetrics. Going digital might be the true turning point where the Scarecrow finally was given a brain. Electronic flow-meters already existed in other applications by the time the E66 was made ( Josef 1963 ), but the first patent for their use in an espresso machine was filed by Rancilio. Their 1978 patent describes a flow-meter very similar to the kind used on modern machines, with a pair of magnets mounted on an impeller that spins as the water flows past it. 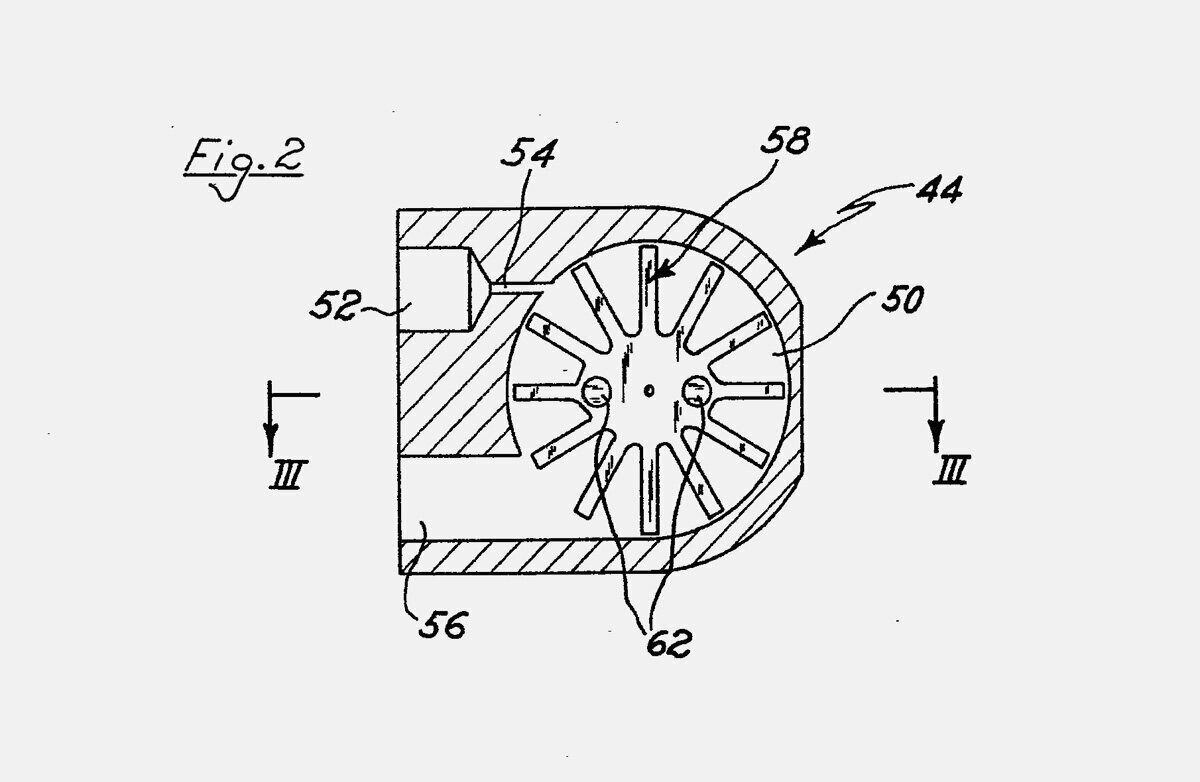 The flow-meter design in Rancilio’s 1978 patent.

This week in The Coffee Buyer’s Guide to Brazil we start with Planalto Central — the region immediately surrounding Brazil’s capital, Brasília. The high cost of land here near the capital means that farms are pushed to make very efficient use of their space, and the farms here are among the most productive in the country.

Next, we travel across the country to Caparaó, a small region straddling the border of Minas Gerais and Espírito Santo. Caparaó once had a reputation for producing poor quality coffee. The rainy climate meant that the coffee produced there was often not fully ripe at harvest, and had frequent drying defects. That has all changed in the last two decades, with farmers using hand-picking to select ripe cherry, and improved drying techniques to handle the wet climate. Now the region holds a DO in recognition of its uniquely floral and juicy coffees, and it is described by Felipe Croce from FAF as ‘the Ethiopia of Brazil’.

Finally, we visit the state of Acre in the far northwest of Brazil. This state lies fully within the Amazon rainforest, and is a highly efficient producer of conilon, the Brazilian lineage of Coffea canephora. Some research has also identified varieties of arabica that are adapted to high temperatures in Acre, such as the hybrid variety Icatu, but the amount of arabica produced in the state is very small, and it is generally of very poor quality.

Just weeks ahead of the 2021 World Barista Championships taking place at HOST in Milan, a debate has erupted (read the comments section of this post, too — it’s fascinating) on the ethics of additives in coffee.

Here's a new podcast from Tim Wendelboe, talking to Morten Münchow about some of their latest research on organic acids in coffee.

We’re committed to bringing new films in every update to make all this info quicker and easier to digest. This week we have published a new video ‘ EM 4.03 How a PID Works ’ in The Espresso Machine course.