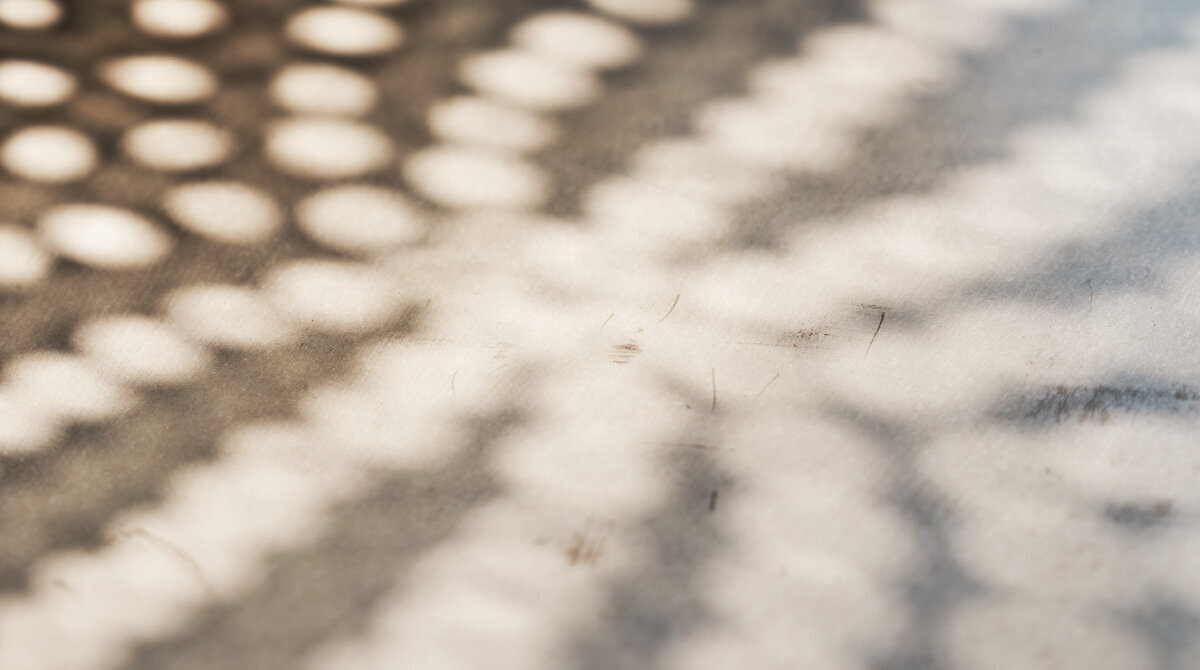 This week we published a long-form interview with Dan Schusett, the inventor of the Tricolate brewer. Dan was very generous with his time and has provided a lot of insight into the creative and manufacturing processes that gave rise to the Tricolate. We get a glimpse at some of Dan’s early prototypes, plus he gives us a look at an antique coffee maker that was part of his inspiration for the Tricolate’s final form. To the best of our knowledge, the Tricolate is the first design of coffee maker by an Australian to achieve any sort of international acclaim and it’s quite different from anything that has come before it. 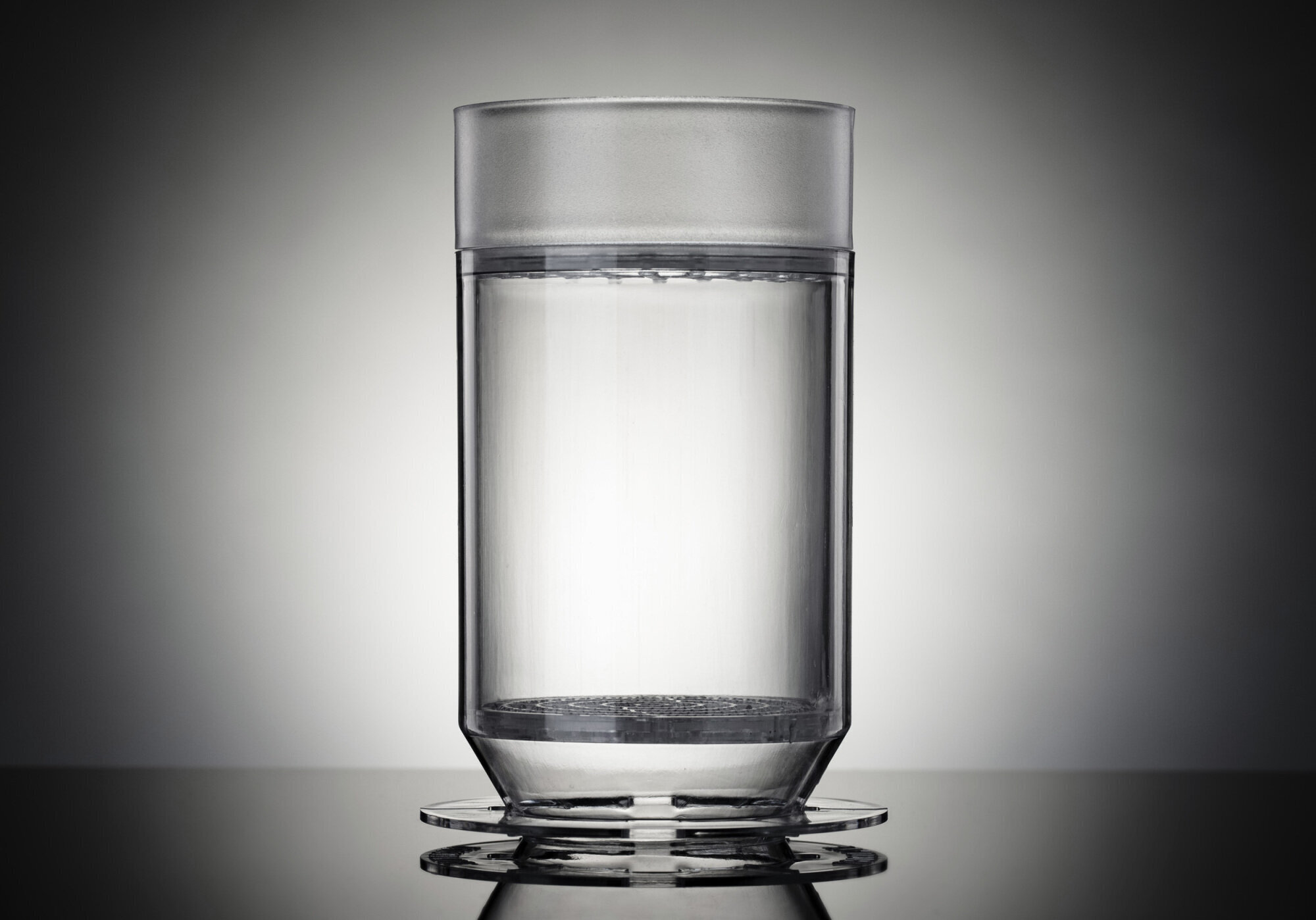 If you have never seen this device before, it’s a simple design: It is an 80-mm wide cylinder, made of injection moulded Tritan TM plastic. Tritan is a highly transparent, heat resistant and BPA-free plastic. The cylindrical shape of the brewer prevents bypass which has the effect of increasing extraction yields way above the level we can achieve with any other filter coffee maker (with the possible exception of the mighty cezve). In all our tests over the last few weeks, extraction yields have consistently been over 10 percent higher than what we can achieve with any other pour-over device, but often far higher. If you’re not familiar with measuring extraction yields, an average increase of 10% is immense.

To read more about this tip and to get Dan’s own recipe recommendations and a whole lot more, here’s the full interview.

Dan Schusett has not only revolutionised the world of coffee makers, but in this interview he also gave us a pearl of wisdom that we think warrants its own headline: We mentioned to Dan that, with some brews where we were using larger doses of around 30g of coffee, we were having some issues with the coffee bed of our Tricolate not becoming completely saturated during blooming. This was resulting in a few blowouts where the dry grinds suddenly erupted up to the surface.

As experienced pour-over lovers will know, some manual agitation or a Rao spin can usually fix problems like this, but too much agitation can also have the effect of choking the filter paper, resulting in a brew that takes way too long to draw down. This effect was dramatically increased with the Tricolate; lots of manual agitation was choking it up almost permanently. 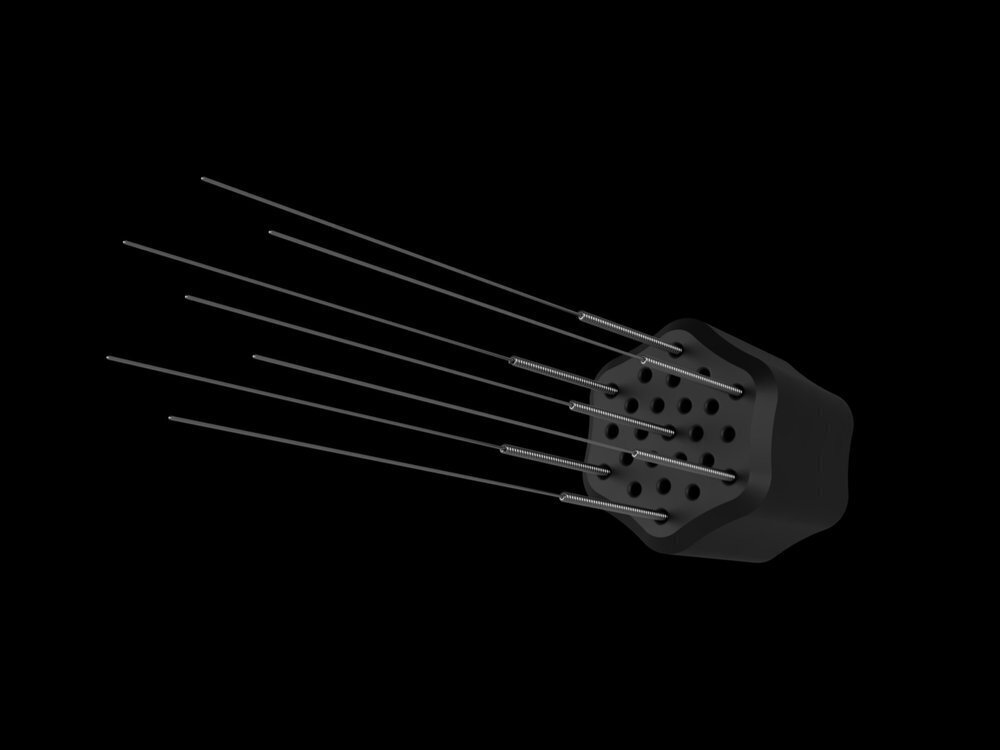 The Comb from Barista Hustle Tools .

That’s when Dan recommended we try using WDT during blooming — in the wet coffee! Maybe you’ve been doing this for years, but this was the first time we’d ever heard of someone doing this. And I must say, it works as an absolute treat. Only a single pass through the coffee bed with the new BH Comb appeared to completely saturate any dry areas of the coffee bed without adding to the drawdown times. Baristas, you need to give this brew method a try. And you need to read this interview ;D

In case you don’t yet have a BH Unlimited subscription , we’ll keep this interview free to read for the next two weeks.

This week in The Coffee Buyer’s Guide to Colombia we continue our tour of Colombia’s coffee-growing departments with Boyacá and Caldas. Boyacá is a major agricultural department, but only a minor coffee producer, thanks to its thin, clayey soils. 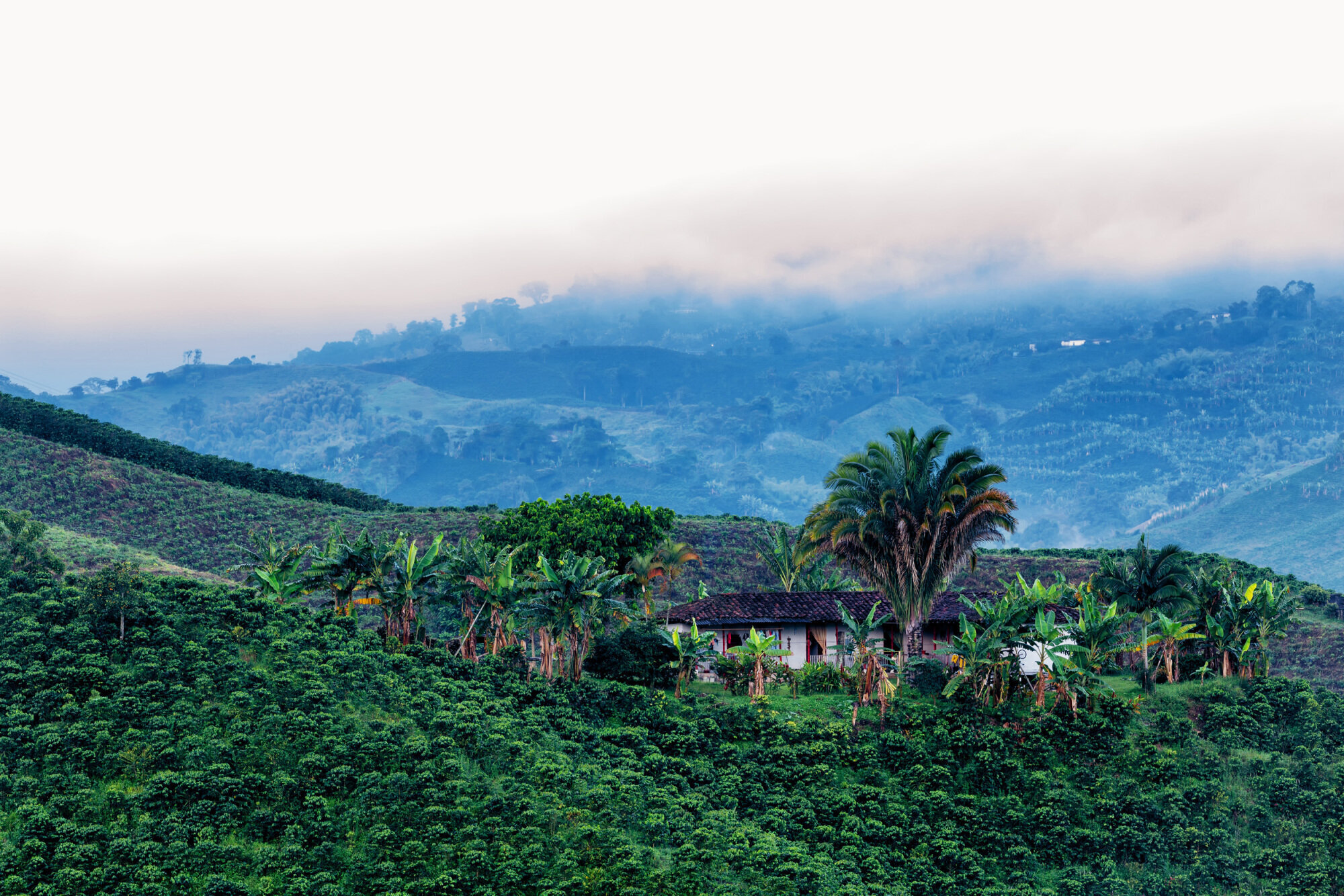 Caldas, on the other hand, makes up the northern part of the Eje Cafetero, the coffee-growing heart of Colombia. Coffee-growing in Caldas exploded during the coffee boom in the early twentieth century.

The area under cultivation has been gradually decreasing since the 1990s, but the decline has been offset by increased productivity. Caldas produces more coffee per hectare than anywhere else in Colombia. The most productive municipality, Palestina, produces just over 29 bags of green coffee per hectare — 60% more than the Colombian average, but much less than the most productive areas in Brazil.

This week in Roasting Science , we take a look at bean hardness, size, and shape. Hardness is often assumed to be more or less the same as density. In fact, in many coffee grading systems, ‘hard’ is used to refer to high-grown, dense beans.

Physical hardness doesn’t seem to be very closely related to density, however, as physicist-barista Jonathan Gagne showed in his research paper on the BH website . Hardness is closely related to moisture content in the green bean, and has also been linked to ripeness and processing method. However, there is very little research about the hardness of green beans, and it is still a mostly unknown factor in coffee roasting. 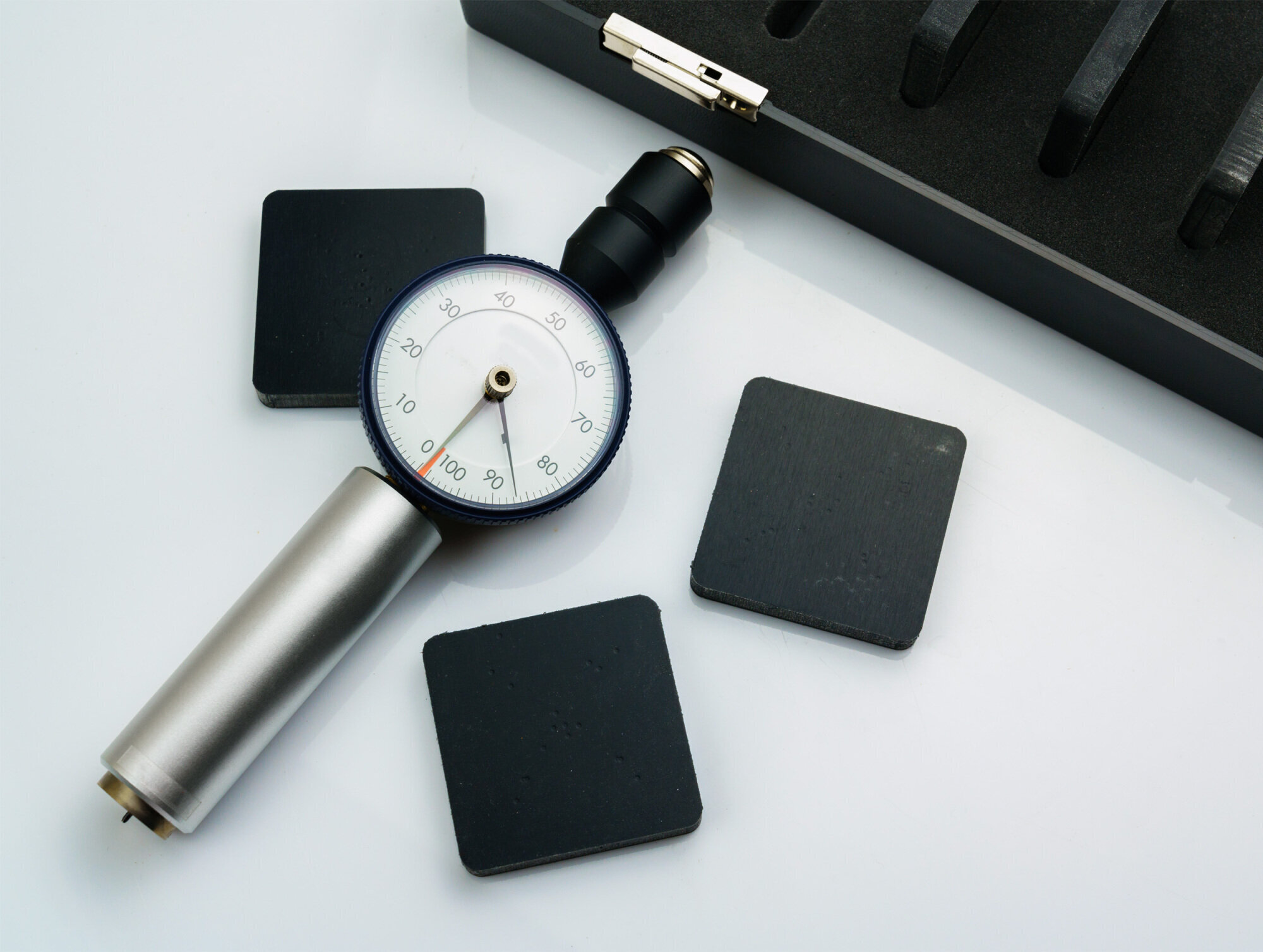 An indentation durometer with rubber blocks for calibration

Bean size and shape, on the other hand, are well-known to be very important in determining how a coffee roasts. In larger beans, it takes longer for heat to reach the centre of the bean — but this difference is less important in hot-air roasters than in conventional drum roasters.

Large beans are also often assumed to be higher quality, but there is very little science that supports this. Smaller beans are more likely to harbour defects, however, so need more careful sorting after processing.