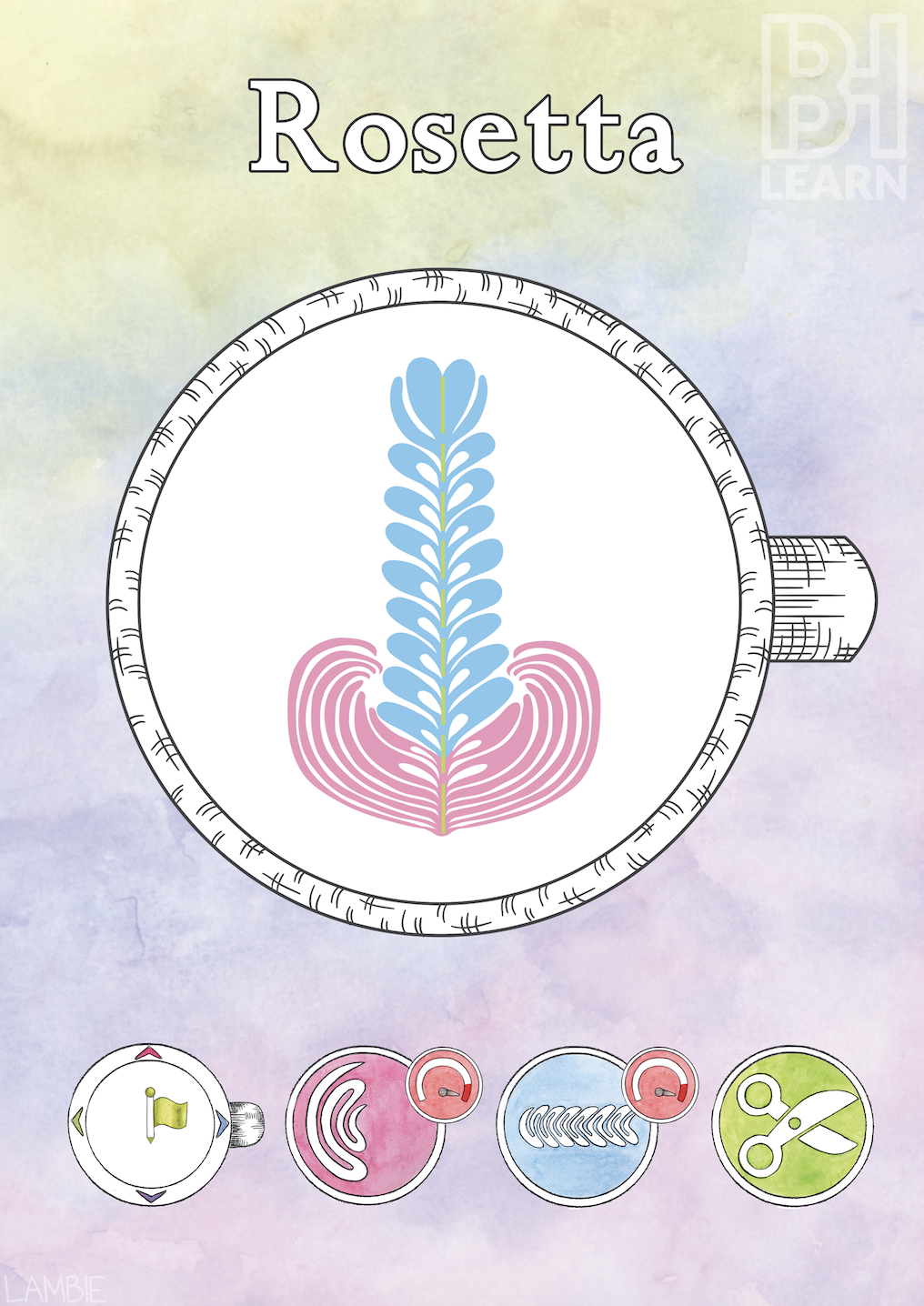 As latte art approaches its 26th birthday, we would like to point out that one of the most crowd-pleasing and difficult patterns to pour well was the first one to be invented. In 1992, David Schomer, working from a photograph he saw from Cafe Mateki, in Italy, coined the terms rosetta and ‘Caffe Latte Art’.

The rosetta is the ultimate pattern for combining efficiency and detail. It combines three pitcher manoeuvres — and two of these, shaking и fishtailing, are difficult to learn. But to paraphrase David Schomer, the learning curve is steep — but it’s a short hill.

When first approaching this pattern, we recommend practicing the lower part of the design (shaking) independent from the upper part (fishtailing) and then fusing them together. The lower part of the design can be hybridised with the tulip, whereas the narrow, fishtailing upper element can be practiced in patterns such as the ‘wave heart’ (see Lesson 6.4). In the following text, the techniques will be first described separately and then put together.

Specifications for Shaking and Fishtailing

Entry point: The bull’s-eye — junction of the north-south and east west-axes

Flow profile of the rosetta.