RS 3.03 The Effects of Moisture on Roast Chemistry

In addition to affecting heat transfer, moisture also plays a role in the chemical reactions that take place during roasting. The water content and water activity at different stages of the roasting process strongly affect the rate of chemical and physical changes in the coffee (Schenker and Rothgeb 2017). Water is an essential part of some reactions, such as the Maillard reactions. Other reactions might not use water directly, but the moisture content may affect the rate at which they take place.

Unfortunately, while we know this in theory, in practice, it’s very difficult to establish how this affects the way coffee roasts. We can easily add water to green coffee to see the effects on roasting — but it’s very hard to tell whether the added water is affecting the chemical reactions directly or affecting only the rate of heat transfer.

A study that compared coffee beans at different moisture levels, roasted under identical conditions, showed, unsurprisingly, that a higher moisture content makes coffee become less developed (Baggenstoss et al 2008). This is most likely due to changes in heat transfer, since the added moisture means that the coffee would need more heat during roasting to develop to the same level.

While it’s hard to separate the role of water in chemical reactions from its effect on heat transfer, some roasters argue that higher moisture content in the green coffee generally leads to better flavours in the roasted coffee. For example, Christopher Feran at Phoenix Coffee found that adding water to green coffee improved the flavour (Feran 2020), although it’s hard to know how much of this effect is due to changes in the chemistry of roasting, and how much is just the result of differences in heat transfer. In general, though, Feran says, ‘Higher moisture content coffee tends to pop more on the [cupping] table and will be more intensely flavoured’ (Feran 2021). 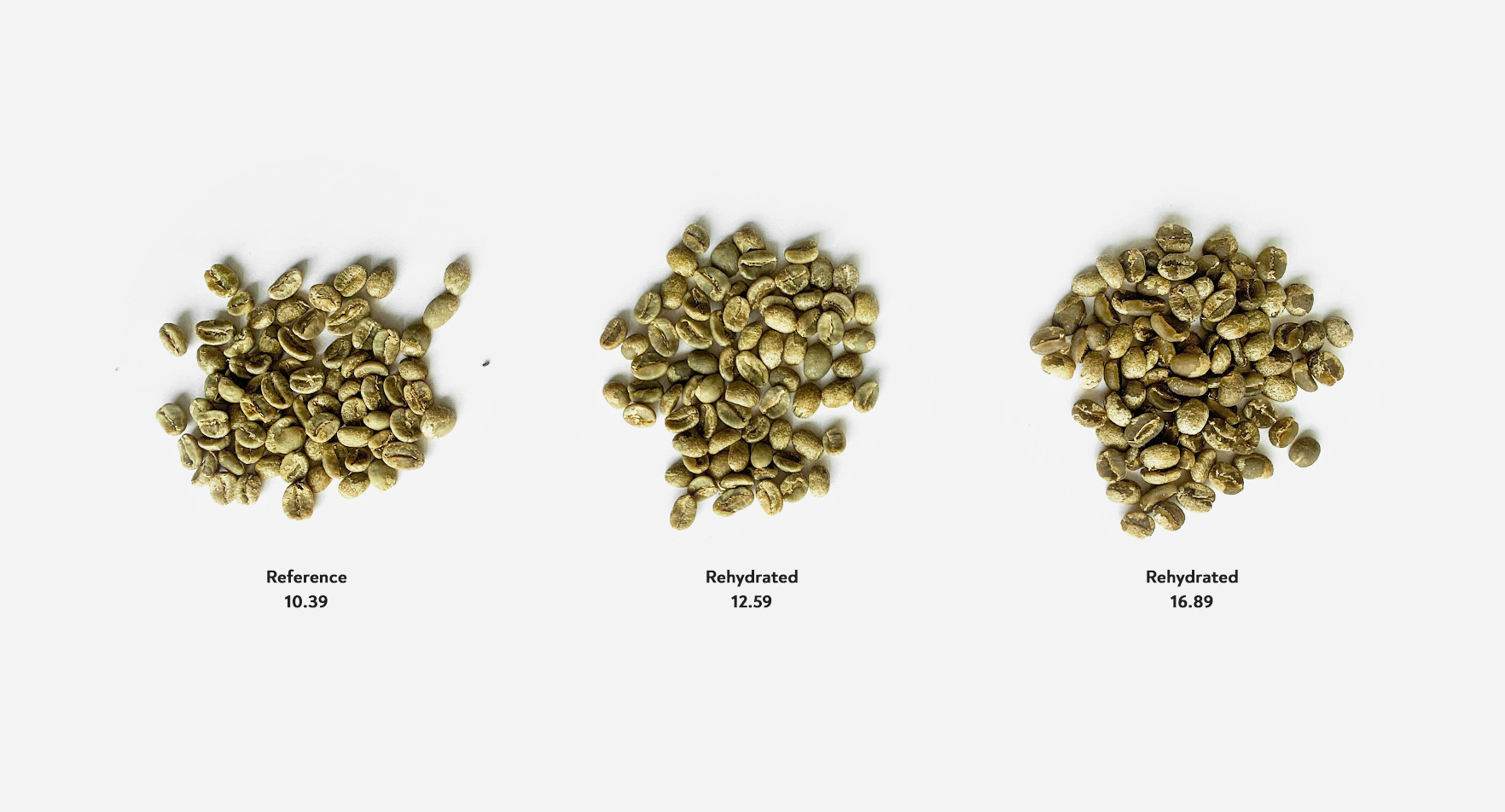 This photo shows coffee beans rehydrated to different moisture levels to test the effect on roasting.