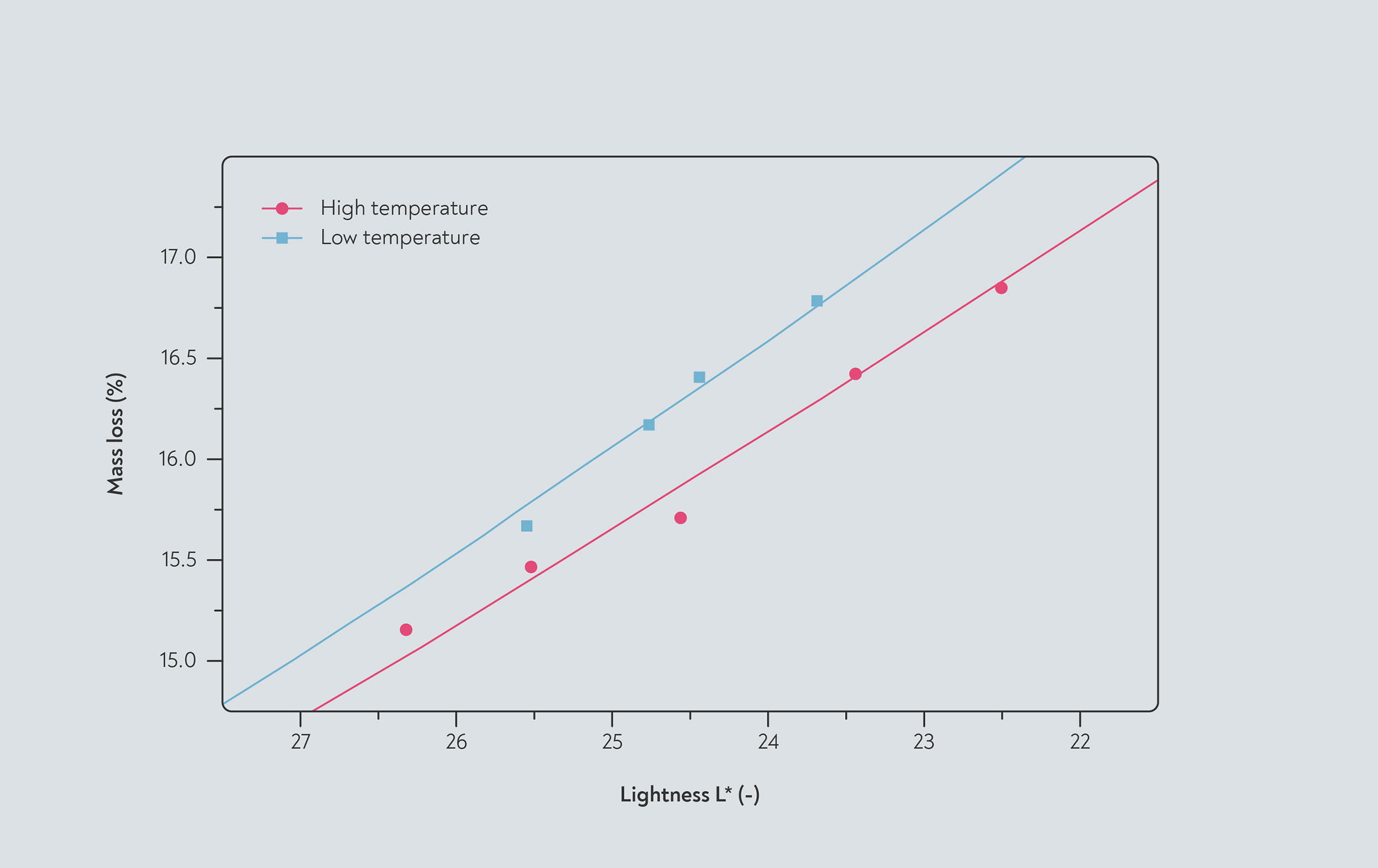 Most of the mass lost represents the bean’s initial moisture content, which escapes as steam. The remainder is made up of carbon dioxide, water that was created during reactions during roasting, and small amounts of volatile compounds. In practical measurements in the roastery rather than in a lab, the mass loss will also include any chaff, bean fragments, dust, or small stones that escape the roaster.

Because moisture makes up the biggest part of the lost mass, the initial moisture content has a big effect on the mass lost during roasting. Researchers often refer to ‘organic roast loss’ or ‘dry mass loss’, meaning the amount of mass lost after excluding water. The dry mass loss is typically around 4–6% (Fernandes 2019), but for very dark roasts it could be as high as 12% (Clarke 1987).

Some studies have found that the rate of mass loss accelerates at the end of the roast, perhaps because the chemical reactions that break down the beans’