What we can say is that faster RPMs typically deliver finer grinds for a given grind setting, producing more fines and a less modal grind size distribution. However, it’s not yet clear if this effect is any different to simply grinding finer. 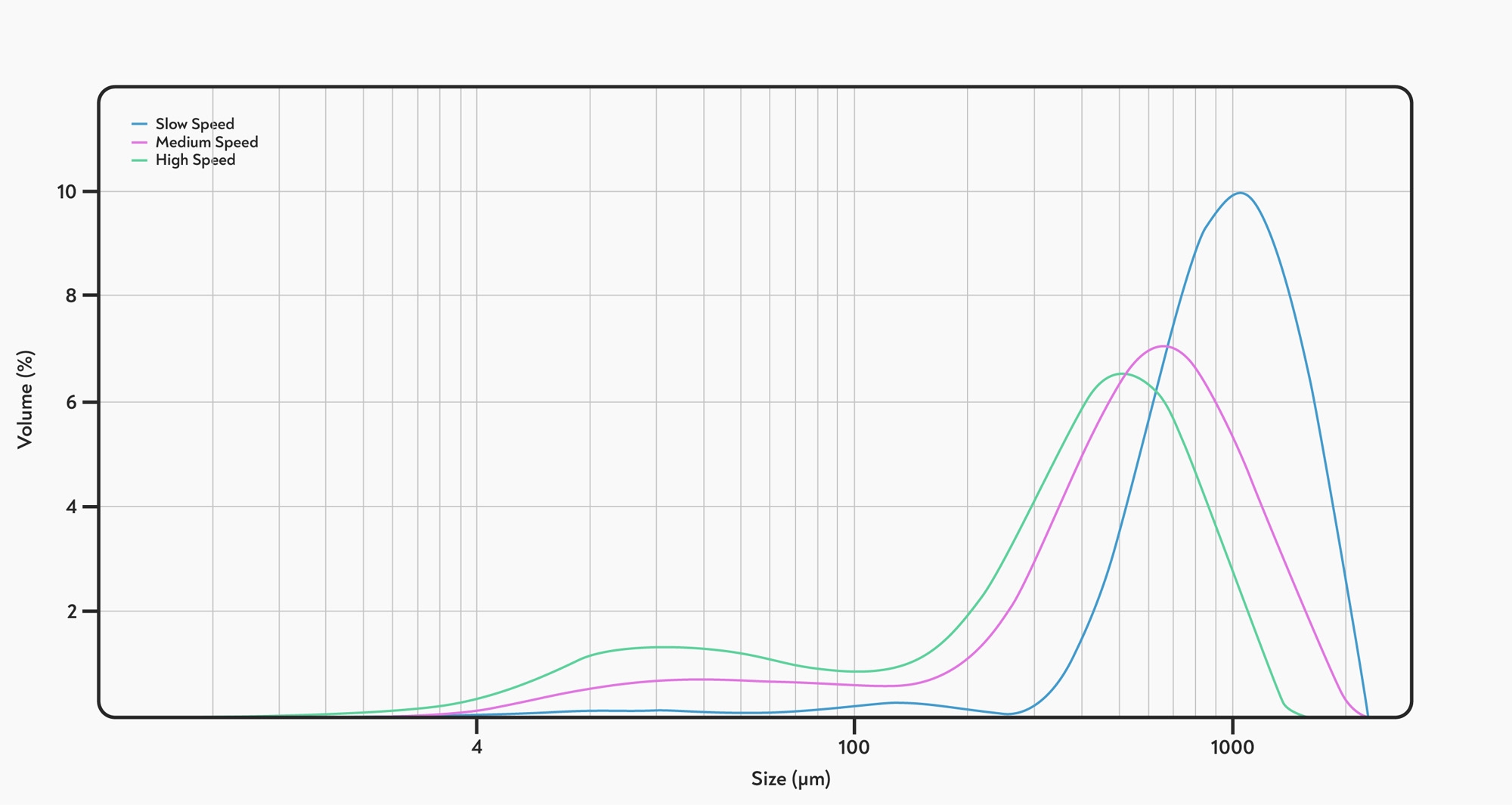 This chart, adapted from an article in Korea’s Blackwater Issue, shows the grind size distribution changing as the burr speed changes, with the higher RPM resulting in a smaller median grind size and more fines. However, this effect appears to be very similar to the effects of simply changing the grind setting as shown in the graph below. Selecting a finer grind setting also results in a smaller median grind size and more fines. This difference appears to be fairly similar to the effect of increasing burr RPM.

These results are backed up by Jonathan Gagne’s experiments with his EG-1: “‘With my burrs, more speed makes the distribution finer and that’s it,” he explained in Matt’s Telegram Channel. “If I compensate with the spacing I get the exact same results in [extraction] and taste.”

We do however have one piece of evidence that changing the RPM changes extraction, beyond just making the grind finer. Gwilym Davies sent us some data from a series of shots he ran using a Mythos 2 at two different RPM settings. He also found that a higher RPM resulted in a finer grind and hence slower shot times — but if you take the shot time into account, then the lower RPM setting produced consistently higher extractions. The effect of grinder RPM on the TDS of espresso shots. Grouping the data by shot time rather than grind setting shows a distinct difference in extraction between the two RPM settings. Data courtesy of Gwilym Davies