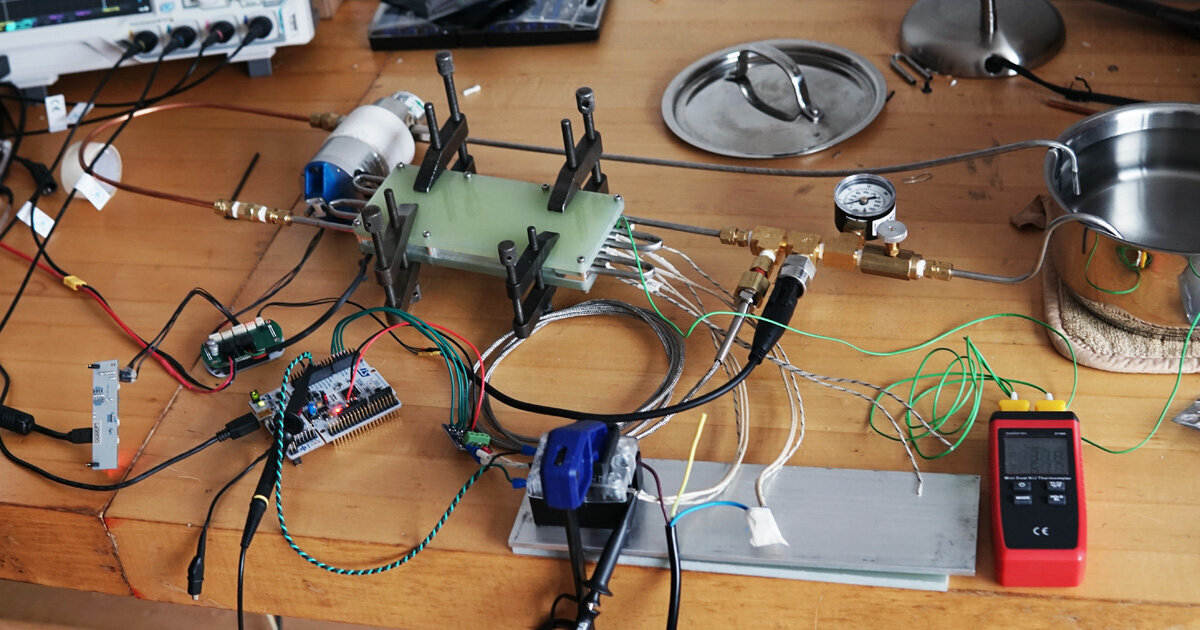 World Barista Champion James Hoffmann gave a talk at Prufrock in 2012 at the launch party of Simonelli’s new T3. This machine would go on to supersede the Aurelia 1 as the official WBC Espresso machine for the next few years. During James’ talk, we learned that the machine was able to maintain its temperature within a tenth of a degree of the set point. And this new stability wasn’t simply the result of a PID — the original Aurelia already had one of those.

After walking us through the ways in which Simonelli melded their existing PID-controlled heat exchanger Aurelia machine with a new multi boiler configuration, whilst also adding active (heated) PID-controlled group heads, James then said what everyone was thinking:

Who can ask for more stability than +/- 0.1 of a degree? It was an important milestone for baristas. You knew, on that machine, that if the shots weren’t tasting right, it was definitely not because the machine wasn’t stable.

So just when you think everything is sorted out and you can relax, along comes a little guy like this one: 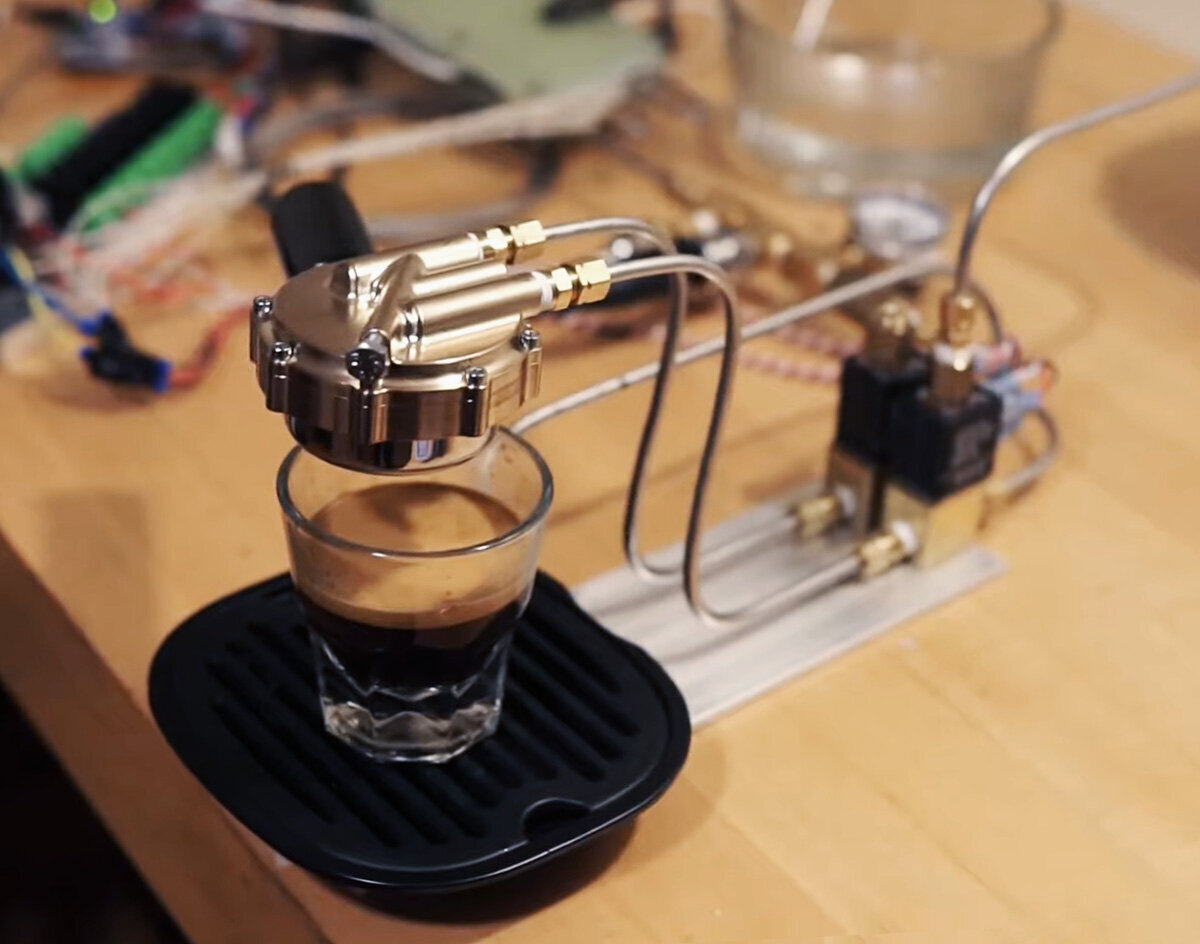 It’s a prototype by robotics engineer Ben Katz . In his day job he’s working at Boston Dynamics , and in his spare time he’s building software for his skeletal espresso machine. In this week’s updates we interview Ben, plus the lovely Decent Espresso founder, John Buckman. A surprising point that both these designers make is that their machines rely on two factors: responsive software and fast, accurate measurement of the actual brewing temperature. Having both achieved that, it opens up a domain that’s never really been perfected: Temperature profiling.

Responsive temperature control like this allows the group head to be much smaller, which uses less material and makes a machine cheaper to build, Katz explains. A small group head has an additional advantage over traditional designs: It’s easier to change the temperature of the group head quickly when needed — for example, to warm up the machine after turning it on or to allow temperature profiling. According to Katz,

A group head with a lower mass enables temperature profiling. This is the intentional changing of the infusion temperature over the course of a 30-second espresso. Too much mass in the group head makes rapid temperature changes very difficult.

Any BH Unlimited subscribers checking out The Espresso Machine online course this week will find some evidence that temperature might not be done after all — maybe it’s just getting started.

Towards a Common Coffee Control Chart

The original Brewed Coffee Control Chart was designed by E.E. Lockhart a little over 60 years ago. Since then, coffee growing, roasting, grinding, and brewing technologies have all changed enormously, and yet the Coffee Control Chart has remained unchanged. To bring this important tool up to date, we started a project to redesign it — taking modern techniques and the latest research on the subject into account. If you’d like to find out how far we’ve gotten on this mission, here’s a big new post about it.

This week in The Coffee Buyer’s Guide to Brazil we wrap up our comprehensive tour of the growing regions in this vast country with a visit to two minor coffee-producing states, and the final quiz on Brazil’s coffee-growing regions.

Mato Grosso stretches from the Amazon rainforest in the north to the cerrado in the south. Conilon (Brazil’s unique strain of coffee canephora) is grown in the north-western part of the state, close to Rondônia. While the planted area has decreased over the last decade, the total amount produced has stayed the same, thanks to improvements in yield. Some farms have reported yields as high as 114 bags per hectare in the state.

Mato Grosso do Sul was originally part of Mato Grosso, but established as an independent state in the 1970s. A small amount of arabica is grown in the south and south-east of the state, but the state is no longer an important producer: The 2021 harvest was estimated at around 4,300 bags, down from a peak of 27,400 in 2012.