Earlier this month, a group of coffee pilgrims assembled in the mountains of Risaralda, Colombia. Roasters, buyers, baristas, and producers came from every corner of the globe, to join Lucia Solis for the first ever Fermentation Training Camp.

The main goal of the course was to learn how to perform a controlled ⁩التخمير with inoculated yeast — Lucia’s stock-in-trade, and a method designed above all for consistent, reliable results. But on the side, Lucia also demonstrated a quite different processing method — dubbed ‘lactic’ — and used it to illustrate, and challenge, some of the fundamentals of coffee processing. The hills above the beneficio (wet mill) in Risaralda. Photo: Mariam Erin Pinza

Lucia’s first cohort of Fermentation Campers included Barista Hustle staffer, Tom Hopkinson. Tom has spent the last few months in Colombia, helping Barista Hustle research our latest online course, The Coffee Buyers Guide to Colombia (available to باقة باريستا هاسل غير المحدودة: subscribers). Lucia has kindly given us the go-ahead to share with you a few aspects of her incredible course, including her approach to lactic ⁩التخمير. Perhaps if it were cabbage we were talking about, you wouldn’t be surprised to hear this — but in freshly pulped coffee, Lucia’s approach seems unusual: she’s adding salt!

The two main players in wild coffee fermentations are yeasts and lactic acid bacteria (LAB). LAB are a broad group of bacteria species that ferment glucose into lactic acid and, in some cases, ethanol. Along the way, LAB produce a lot of delicious flavour compounds — esters, ketones, and aldehydes — that can lend coffee distinctive floral, fruity, creamy, and buttery notes (de Melo Pereira et al 2020).

Introducing the right strains of LAB into a ⁩التخمير can dramatically improve the quality of the coffee: the first time researchers tried this, the coffee’s cup score jumped from 80 points to 88 (de Melo Pereira et al 2016). 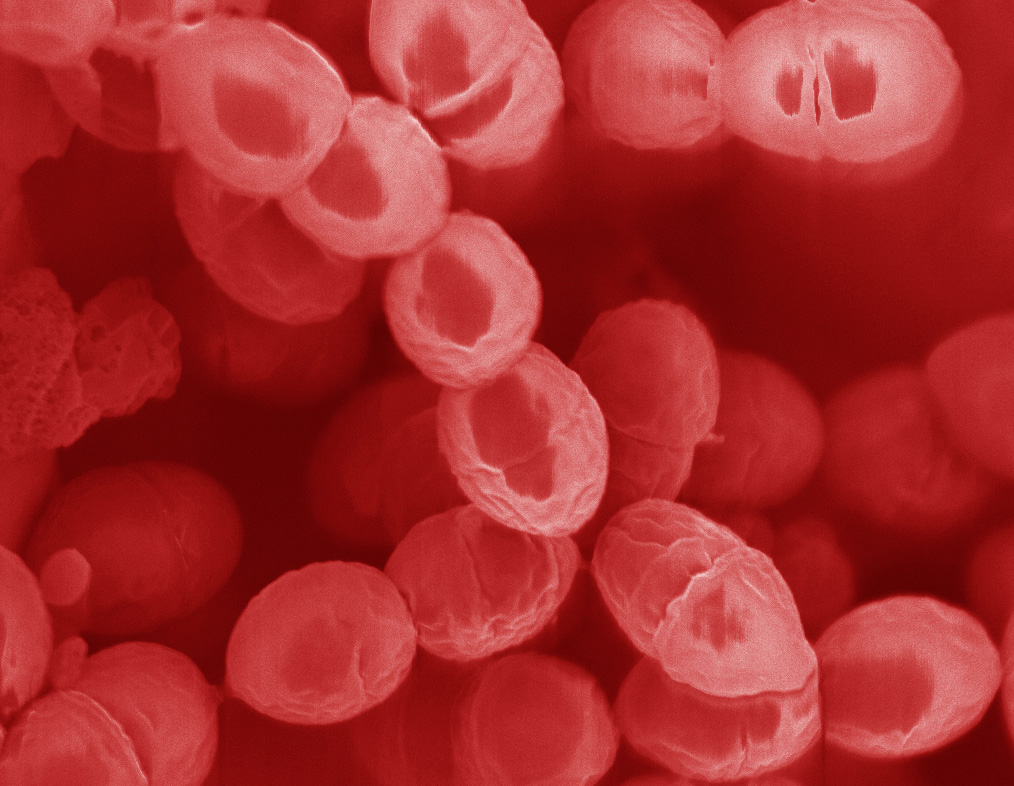 ‘Lactic’ processes in coffee are often seen as experimental, but lactic ⁩التخمير has been used in food since the Stone Age: in the early days of agriculture, fermenting milk was the only way to make this new food digestible. Pickled vegetables that rely on lactic ⁩التخمير, such as kimchi and gherkins, date back to at least 2000 BCE (Avey 2014). Many traditional pickled foods, such as kimchi, rely on ⁩التخمير by lactic acid bacteria

The first proponents of ‘lactic’ processing in coffee were the lovely folks at La Palma y El Tucan (LPET). We interviewed Felipe Sardi on this topic in the Fermentation course. LPET’s methods are quite specific, but more recently the term has come to be applied more generally to a number of processes that exclude air from the ⁩التخمير tank. There is therefore considerable overlap between this type of ‘lactic’ process, and the type of process more commonly referred to as ‘anaerobic ⁩التخمير’.

Excluding air, so the theory goes, limits the growth of yeast. Most yeasts can make do without oxygen, but they proliferate much more quickly when they have access to it. Low oxygen levels also prevent the growth of certain bacteria that need oxygen to survive, such as acetic acid bacteria.

Lactic acid bacteria, on the other hand, are ‘aerotolerant’ — they don’t much care whether they have access to oxygen or not. However, there is little evidence that excluding oxygen specifically allows LAB to thrive. In fact, most so-called ‘lactic’ fermentations could just as easily be the work of yeast, since they can grow happily with or without oxygen present, by switching between aerobic and anaerobic metabolic processes. As Lucia explains,

“By excluding oxygen you are narrowing down the options of what microbes could be present… but you don’t know if LAB really took off, you’re just guessing… [Yeast] can just switch their عملية التمثيل الغذائي, and they produce a lot of the same fruity flavours.”

How to Pickle Coffee

For her version of the ‘lactic’ process, Lucia turned to a technique used for thousands of years to pickle vegetables — adding salt. Salt slows down the growth of many yeast and bacterial species. With less competition as a result, certain salt-tolerant LAB species can flourish, creating lactic acid, and contributing other flavour compounds and nutrients as they grow.

The recipe for the process is very similar to the recipe for making pickles: Begin with a clean container, add the pulped beans, then mix in 2% of non-iodised salt by weight.

It’s important to use non-iodised salt, Lucia explains, because iodine is an antimicrobial and will inhibit the ⁩التخمير. If this causes problems with the ⁩التخمير, then the liquid in the tank acts more like a brine, potentially resulting in salty-tasting coffee.

Here’s how Tom explained the process to us:

“In the class, we fermented a pilot-sized batch with 8kg of pulped cherry, so we added 160g of salt. We kept the tank covered, to maintain a low-oxygen environment, and left it to ferment until the pH reaches 3.5, at which point the beans are ready to be washed and dried.” The ‘lactic’ process (from left to right): the pinkish, non-iodised salt used for ⁩التخمير; mixing the salt into the pulped coffee by hand; checking the pH. Photos: Mariam Erin Pinza

Adding salt in this way can tip the التوازن الخاص ⁩التخمير in favour of LAB, which makes it more likely to be a true lactic ⁩التخمير, compared with processes that just exclude air. However, the process is not nearly as tightly controlled as the inoculated yeast processes that Lucia is best known for.

Just like keeping oxygen out of the tank, adding salt doesn’t guarantee that the ⁩التخمير will be purely lactic, Lucia says. It only means that the microorganisms present in the tank must be able to tolerate salt as well as low oxygen conditions, and this greatly reduces the possible range of microorganisms that could be involved in the ⁩التخمير. “Salt is a huge hindrance to most microbe metabolisms,” she explains. Lactic acid bacteria are among the few species that can grow in these conditions. Lucia uses this process as a teaching tool, to demonstrate some of the principles of controlling ⁩التخمير, rather than as a commercial process. Nonetheless, there are some ‘lactic’ coffees on the market that are processed using salt — so what effect does this process have on the coffee’s flavour?

“The most noticeable difference was in the coffee’s body,” Tom says. “Compared to the control coffee, which was processed without a ⁩التخمير step, it had a much richer, creamier texture. It was also sweeter, with a pleasant, tangy حموضة — and not a hint of salt.”

How to Name Your Process

These days, most of our readers probably understand that ‘anaerobic ⁩التخمير’ is a misnomer, since fermentation is anaerobic by definition. In most cases, Lucia says, the term ‘lactic ⁩التخمير’ is just as incorrect. “We really shouldn’t be using these titles unless we’re actually inoculating, unless we’re adding LAB to really dominate the ⁩التخمير,” Lucia says. “The ⁩التخمير that we did is much closer to a lactic acid ⁩التخمير than most of them in coffee, and even I’m not comfortable with calling it that.”

So if we can’t call this process ‘lactic’, then what should it be called? The problem is that the short, catchy descriptions found on coffee bags too often obscure rather than explain what the producer did, Lucia suggests. “The name needs to be ‘Fermentation with salt added, to eliminate competition and hopefully amplify the opportunity that LAB is growing, hopefully, maybe’”, she jokes.

The only way to get a truly lactic process would be to add lactic acid bacteria in a controlled ⁩التخمير. Inoculating enough of a specific strain into a ⁩التخمير tank gives it a head start. If the conditions are right for it to grow, then it can out-compete the other microorganisms living in and around the coffee, and dominate the ⁩التخمير.

This process is exactly what Lucia recommends in her yeast fermentations, but remains rare for lactic acid bacteria, simply because it would cost too much. “I love bacteria!” she says. “If a bacterial culture was available I would use it. It’s just so cost-prohibitive.”

Yeast can be dried and packaged fairly easily, and once dried they keep for a long time — such as in the little packets of dried yeast used for baking. Bacteria, on the other hand, can’t be completely dried out in the same way, so bacterial cultures either have to be shipped with water, or freeze-dried and then kept chilled — both of which dramatically increase the cost, Lucia says. “People find yeast already very expensive for making coffee,” she points out.

Lactic cultures may be more widely available soon, but they are likely to remain expensive. “I know of one company releasing a bacteria specifically for coffee. I don’t know yet if they’ve figured out… some new delivery mechanism, or if the dosage can be so small that it can compensate for the cost,” Lucia says. “My guess is that whatever the price of yeast is, we can expect inoculation with bacterial cultures to cost 3–5 times that — unless there is a major technological revolution in how the bacteria are cultured and packaged.”

Once bacterial cultures like these reach the market, we might finally be able to talk about lactic fermentations in coffee. Until then, it seems that ‘lactic’, like ‘anaerobic’, is largely useful only as a marketing term, and doesn’t reflect the true complexity of what happens in the ⁩التخمير tank.

Barista Hustle is committed to editorial independence. We paid full price to attend the course, and received no consideration for this piece.