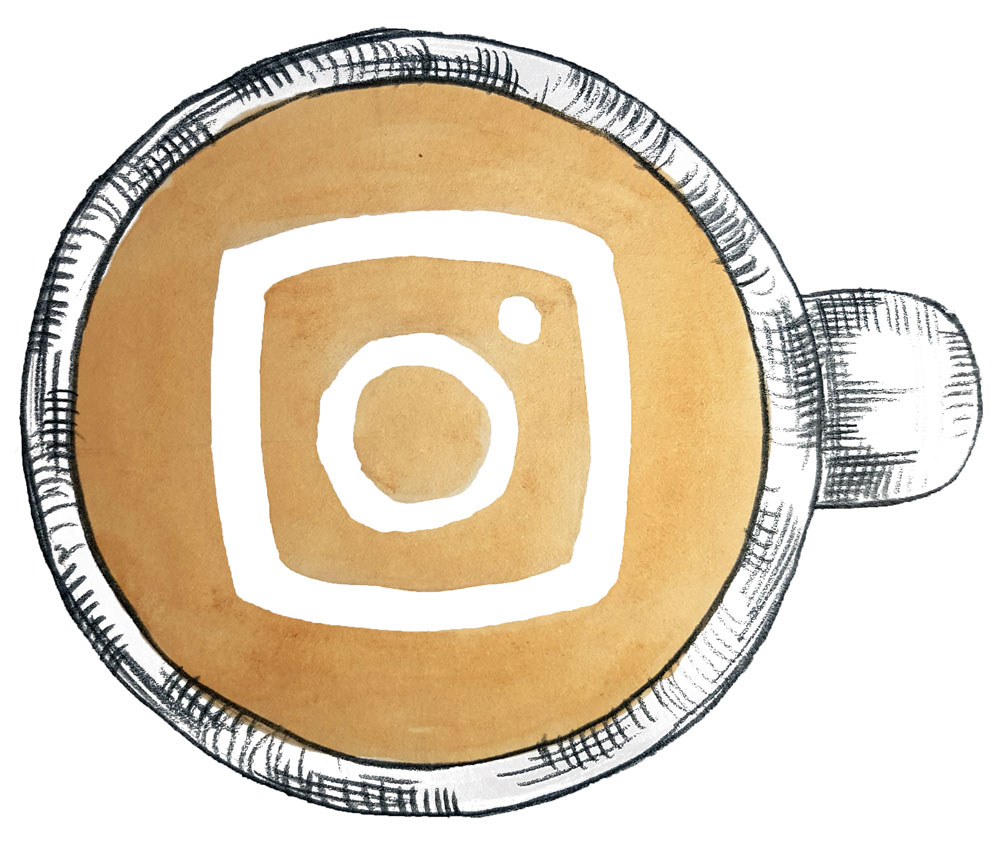 The advent of photo-driven social networks brought about a rapid dissemination of latte art designs. Before 2010, the year Instagram was launched, latte art went through a relatively slow evolution. Just as in musical traditions such as jazz and the blues, where styles evolved over time, latte art has strong roots. The three core patterns (the tulip, heart, and rosetta) all of which evolved in the 1990s, are still the bedrock of modern designs. The Instagram accounts of all the top latte artists still regularly feature these traditional designs. After 2010, the latte art form found a global audience outside of the specialty coffee sector. This rapidly accelerated the awareness of the craft and the number of people posting their designs.

A pronounced cultural change occurred with the growth of Instagram: The commercial coffee world adopted the latte art craft. Specialty coffee shops lost a unique selling point; latte art was no longer their private domain. Mass chains were able to train their own staff in latte art just as easily as specialty coffee shops were. This phenomenon was, in large part, customer driven. Customers had come to associate good-tasting coffee with good-looking designs. This was an important part of increasing the credibility of baristas, who began to mirror presentation standards found in the world of fine dining.

Agnieszka Rojewska has won seven national Polish Championships in coffee competitions and in 2018, became the World Barista Champion with the largest winning margin in the competition’s history. Agnieszka is a hugely popular presence on social media and was kind enough to share some tips with our readers on how to create and manage a high profile, latte art-driven Instagram account.

Barista Hustle – Is there a frequency of posts you recommend? For example, one per day?

Agnieszka Rojewska – I try to make one a day.… But first of all,