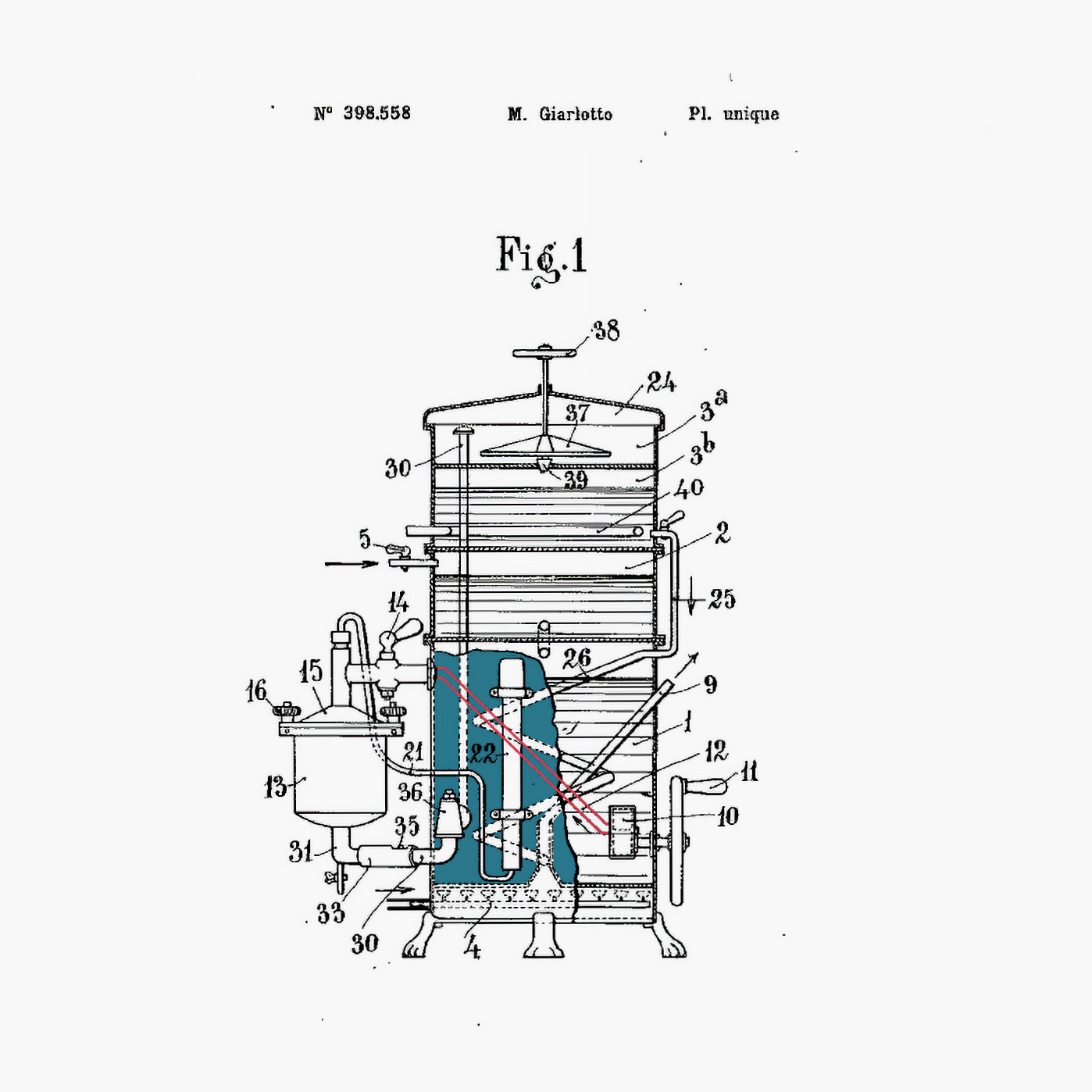 In ‘Fig. 1’ above, the pipe that joins the pump ( labelled ‘10’), to the grouphead (‘14’) is surrounded by hot water. The fresh, cold brew water, contained in a copper pipe, travels through the water in the boiler but does not mix with it. The width of the pipe and the speed at which the water was pumped up to the group head determines the temperature of the water as it enters the group head. The slower a barista rotates the wheel of the pump, the hotter the water becomes. The higher the temperature of the water in the boiler, the more quickly the heat exchange could extract energy into the brew water.

In 1950, Beniamino Rota’s Condor machine brought baristas a step closer to being able to control the pressure, and therefore the temperature, of the water in a heat exchange machine, thanks to the addition of an electric pump. This important step towards semi-automation ensured that the water moved at a more controllable rate through the heat exchanger. This was the first patent for a coffee machine to feature an electric pump. (Bersten 1993). The pump described in the patent would have generated more than a couple of bars of pressure, so this design wasn’t quite the breakthrough it could have been had a more powerful pump been employed. As you can see from Rota’s patent illustration (above) for the Condor design, the coils were intended to increase the surface area of the heat exchanger to enable the water to heat up more quickly.