Since the early 1990s, the latte art movement has introduced a visual and textural luxury to the coffee world in the form of microfoam. In most cafes, achieving this silky foam quality rests on the barista’s ability to entrain air into the milk in just the right amount. By “entraining air” we mean the introducing air into your milk, thereby forming bubbles. We employ this technique to texturise milk so it is suitable for making latte art whilst creating a voluptuous mouthfeel across the whole range of milk-based drinks, from cortados to flat whites. This is a two-part process:

1.  Entrain the air into the milk before it gets hot.

2.  In doing so, increase the milk volume by one-third. 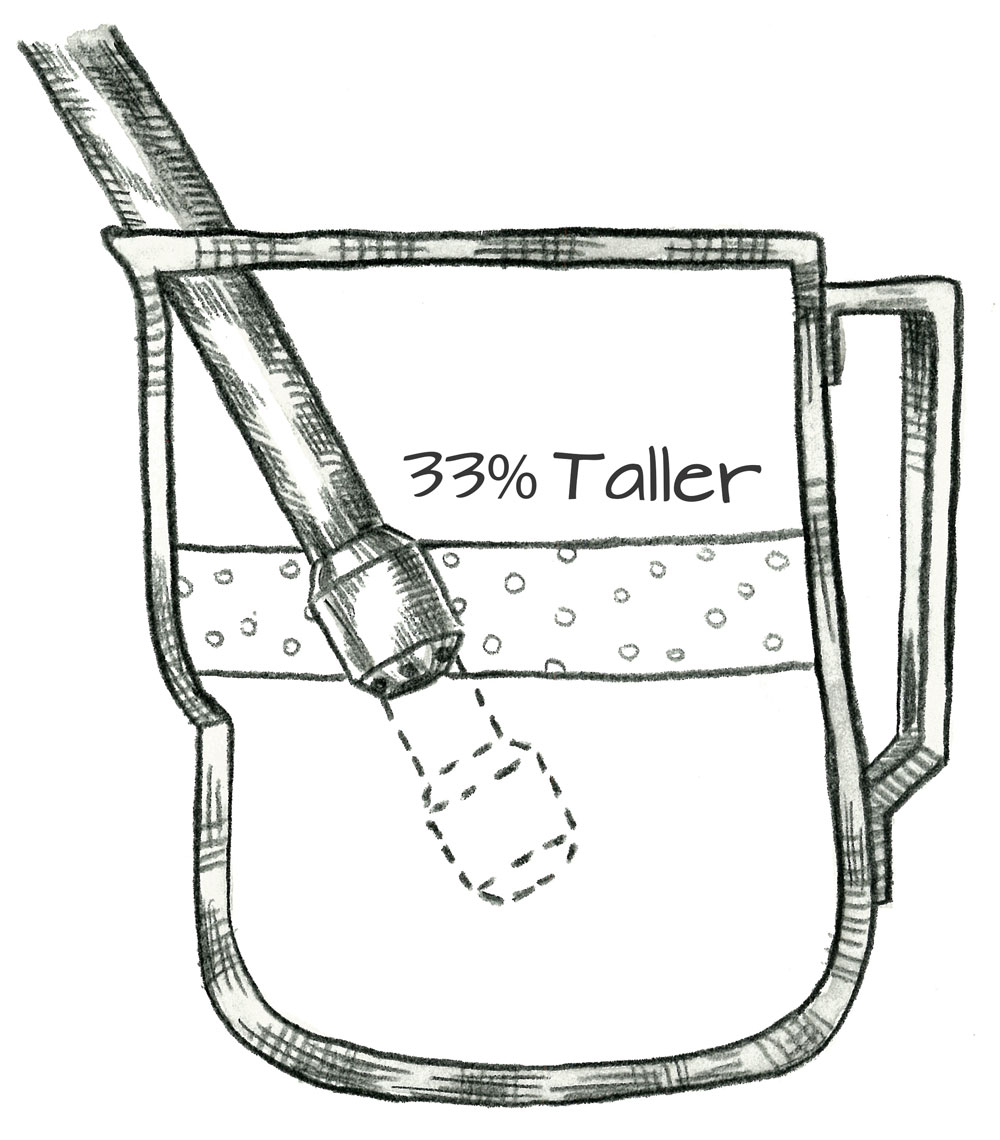 Contrary to popular belief, and based on an exhaustive search through the scientific literature, it makes no difference where you position the steam wand in your milk in terms of its horizontal placement. It can go close to the edge of a milk pitcher, or it can go in the middle. Nor does the angle of your steam wand matter.

The vertical position of your steam wand does matter, however. If the wand is deeply submerged, you won’t entrain air into the milk; you’ll only add heat and some water as the steam condenses. If the steam wand is more than 1 mm above the surface of the milk, the extreme turbulence created in the milk by the injection of steam will make it spray all over you and the benchtop.

You can’t afford to lose all that latent heat from your steam into the atmosphere — you want it to go into the milk to heat it more efficiently (See lesson 3.1). For this reason, when operating the steam wand, the tip should never be drawn away from the surface of the milk.

Back to: Milk Science and Latte Art > MSLA Prologue